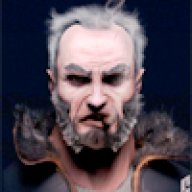 Necrokiller: Unless you are ready to add Call of Duty alongside Forbidden West and Ragnarok as games you... 2 minutes ago
Chat 2
Top Bottom