SolitarySoldier said:
I thought we were going by the numbers? And the numbers tell us that a vast majority of console gamers are into exclusives (Nintendo and Sony) and not into Xbox.

Nintendo's exclusives are a different type (a lot of family stuff and platformers?). I'm not so interested in them and they don't directly compete with Sony exclusives yet we are comparing them here (which only makes a point in favour of exclusives anyway and still goes more against Xbox than Sony).
Click to expand...

Your first point is factually incorrect for Xbox and PS.

This shows that Switch owners are FAR more interested in Nintendo IPs than PS4 owners interested in its exclusives. Switch, despite having a significantly lower customer base, has 6 exclusives that outsold even the best selling PS4 exclusive. This is also owing to the fact that Switch doesn’t have - and its core audienc isn’t made up of people that play - the worlds best selling multiplatform franchises.

Going forward, you will continue to see MS and Sony both heavily invest in third party exclusivity deals. Sony wants PS5 to be the platform of choice for all your games, not just exclusives. Numbers back this up. Multiplatform games dominate the PS4 charts. That and the subscription services are the continuous stream of revenue for their ecosystem, not a handful of exclusives.


Nintendo is planning to drop the price of single Joy-Cons next month, but hopefully its costumers aren't looking for a wide variety of color options.


Nintendo recently announced that it will begin to sell single Joy-Cons at a lower price soon, which is good news for Switch players hoping to make a change or correct a problem with a controller. The offer is somewhat limited, though, since the price seems to only apply to very specific products. The Switch's dual portable/home console concept relies heavily on the tiny, removable Joy-Cons, making it a nightmare for players trying to cope with controller-related problems.

The most widely discussed of these problems is the notorious “Joy-Con drift,” where a malfunctioning Joy-Con analogue stick senses input independent of the player actually doing anything. This irritating technical snafu has already landed Nintendo in hot water several times since the Switch’s launch and though the company has acknowledged the problem, it has expressed widely different outlooks on the issue over the years. Nintendo president Shuntaro Furukawa lamented the problems Joy-Con drift had caused costumers while the company was engaged in a class-action lawsuit over the issue earlier this year. However, more recently, Nintendo’s legal representatives dismissed the idea that the defect was genuinely affecting the company’s user base.


Fans experiencing problems with the Nintendo Switch controllers, or players that want a different look, will have an easier time purchasing a new Joy-Con come November, according to a Nintendo Twitter post. On November 9, Nintendo announced, customers will be able to purchase individual Joy-Cons for $39.99, or $10 cheaper than it currently costs, though the deal is limited to only one type of color per controller, at least for now. According to Nintendo’s tweet, the only discounted offerings will be the left, neon blue Joy-Con and the right, neon red controller.

It is important to note that gamers experiencing Joy-Con drift have other options besides buying a brand-new controller when dealing with the issue. Nintendo had offered during the summer to begin fixing malfunctioning controllers for free, but there is a critical, pandemic-related, caveat. Nintendo’s repair centers have been hit with the same issues facing the rest of the globe which means repairs could be slow or, in some cases, not available at all.

That gamers can now get ahold of in-demand Nintendo hardware at a cheaper price is a positive piece of news, though it is difficult to forget that demand for the controller might, in part, spring from the fact that Joy-Cons can have serious technical issues. It is also interesting that the price change is being implemented right around the time that Sony and Microsoft are releasing their next-gen consoles, which is only a few short weeks away.


Cloud-enabled gaming was previously only available in Japan

The award-winning action adventure game Control is now available on Nintendo Switch, and stealth puzzle game Hitman 3 will also land there soon. Both of these graphically intensive games will use cloud streaming technology to run on the hybrid handheld device. The announcement was made today during a Nintendo Direct presentation.

Titled Control Ultimate Edition — Cloud Version, the game was previously released for PlayStation 4, Windows PC, and Xbox One. The Switch version includes the base game and the first two expansions, The Foundation and AWE. It also includes the Expeditions end game mode, photo mode, and all of the additional updates since the release of the original.

Hitman 3 — Cloud Version is the conclusion of the World of Assassination Trilogy. The game is expected to be released on Windows PC as an Epic Games Store exclusive in January 2021. No launch date for the Switch version was offered. Expect the final product to include plenty of sandbox locations to explore, and creative ways to bring down your assassination targets. Today’s trailer showed Agent 47 parachuting out of a plane, only to land on a skyscraper, before offing someone with a thrown shovel.

This isn’t the first time that Nintendo has rolled out cloud-enabled gaming for the Switch. The technology made its debut in Japan, with titles such as Phantasy Star Online 2, Assassin’s Creed Odyssey, and Resident Evil 7.

Nintendo touts best October ever for US Switch sales

A couple of gaming consoles launched this week, and you may have heard about that. The Nintendo Switch has kept right on trucking, however, with Nintendo of America saying Thursday that the Switch family of systems had its strongest October ever since the console’s 2017 debut.

The raw numbers: 735,926 units of the Switch and Switch Lite sold in the U.S., according to tracking firm NPD Group. Nintendo’s announcement said NPD verified that it’s the second-highest October sales total of any console in gaming history, outdone only by the 807,000 units of the Nintendo Wii sold in October 2008. (NPD has been tracking video game sales data since 1995.)

The Switch has been the best-selling video game console for 23 consecutive months. Its March 2017 debut followed the launches of the PlayStation 4 Pro in November 2016 and the Xbox One X in November 2017. Those were, of course, midgeneration upgrades; the last time Nintendo had the older model among the big three was when the PS4 and Xbox One followed the Wii U’s 2012 launch by a year.


NPD says that Nintendo has sold 22.5 million Switch consoles in the U.S., and Nintendo itself said its own internal “sold-in” data (units shipped to retailers) shows sales of 68 million units around the world.

Nintendo’s big Black Friday offering will be a Mario Kart 8 Deluxe bundle, featuring the console and a code for the game at the standard MSRP of $299.99. It goes on sale beginning Nov. 22.


Nintendo's president revealed in an investor Q&A that the company's success is growing faster in Asia than it is in both North America or Europe.

Sales figures from the last fiscal year show that Nintendo's Asian market outside of Japan is growing at a faster rate than those in Europe and North America. This emergence has made the Asian market as valuable as its Western counterparts to the makers of Mario and Zelda.

It has been nearly three years since the Nintendo Switch took its place as the reigning new system and has gone largely unchallenged during all that time. A portable, cheaper version, the Nintendo Switch Lite, hit the market in 2019 and though it did not explode in sales like its forefather, it no doubt added to the success of the Switch era as did the bounty of quality titles that came out for the both versions. The reign of the Switch since 2017 has benefitted Nintendo dramatically on a worldwide scale.


MCV/Develop summarized a Q&A where Nintendo president Shuntaro Furukawa answered investor questions. One question in particular referred to Australia, New Zealand, and Asian markets outside of Japan, which are considered one region by Nintendo. Here sales grew by an impressive 152 percent in the previous fiscal year that ended back in March. By comparison, sales grew 61 percent in the Americas, 67 percent in Japan, and 72 percent in Europe. With this staggering amount of success, Nintendo has had to adjust its marketing strategy in order to cater to the demand rising in these countries.

Another important change to this market since the release of the Switch has been that it has expanded to include South Korea, Taiwan, and mainland China. This expansion has assisted in multiplying sales by 6.7 times the amount they were in back in March of 2017. Individual games have also increased profits with Furukawa specifically calling attention to Ring Fit Adventure's popularity in China. This game has in turn boosted the already impressive sales numbers for the Nintendo Switch in the area.

With all of the hype and excitement surrounding the releases of the PlayStation 5 and the Xbox Series X, it is easy to forget that there is another titan of the industry that still commands the loyalty of many gamers. Though the Switch is over three years old, it continues to do well and, as described in this investor Q&A, has even improved in some markets. There is no doubt that Sony and Microsoft will cut into Nintendo's profits this year, but it might not be as significant as first speculated considering the delays in fulfilling orders for the new consoles. It will be interesting to see how Nintendo's profits will be affected next fiscal year due to the fresh competition. 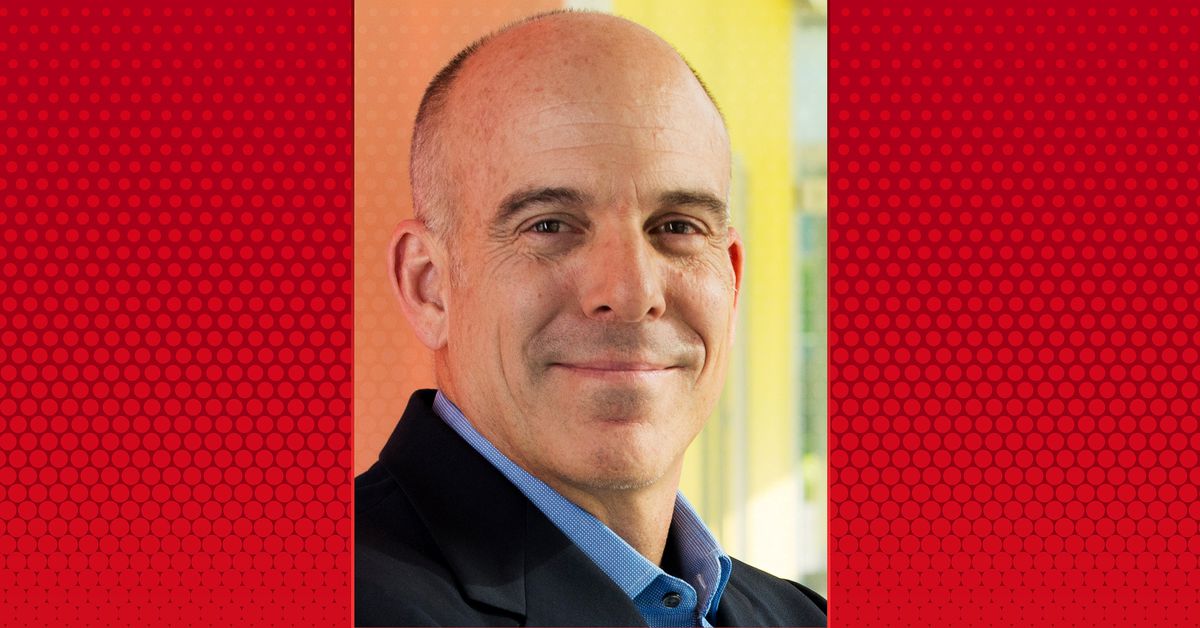 Doug Bowser on Nintendo’s obsession with March 31, plus Joy-Con drift and the Switch Pro rumors 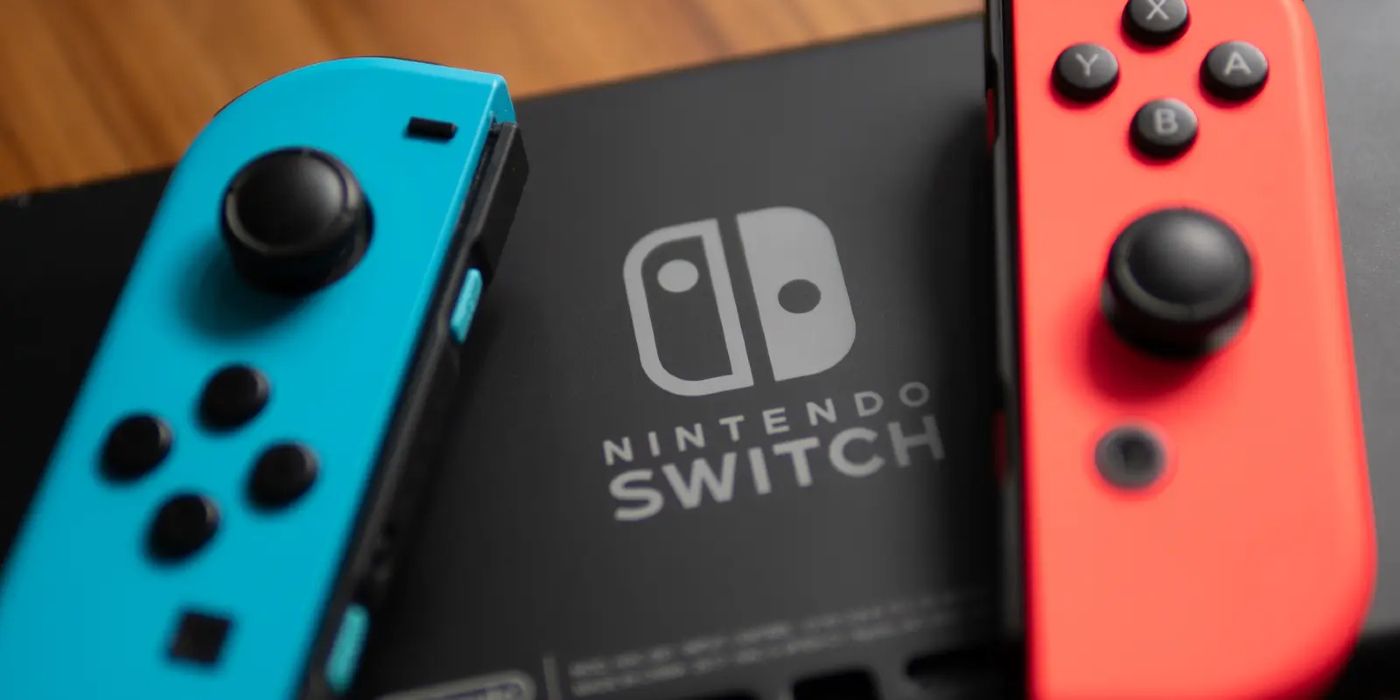 The Switch has now outsold the 3DS. 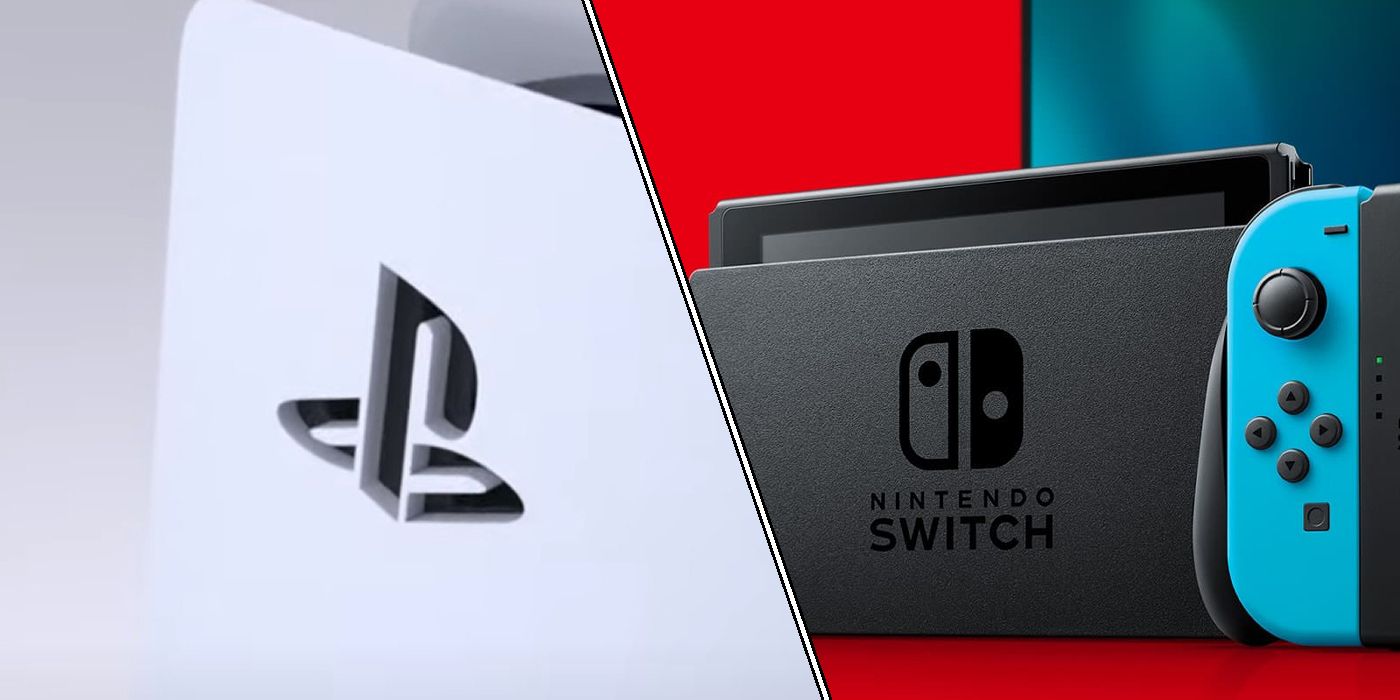 Why The Nintendo Switch Is Better Than The PlayStation 5

Which console is best for players to invest in. 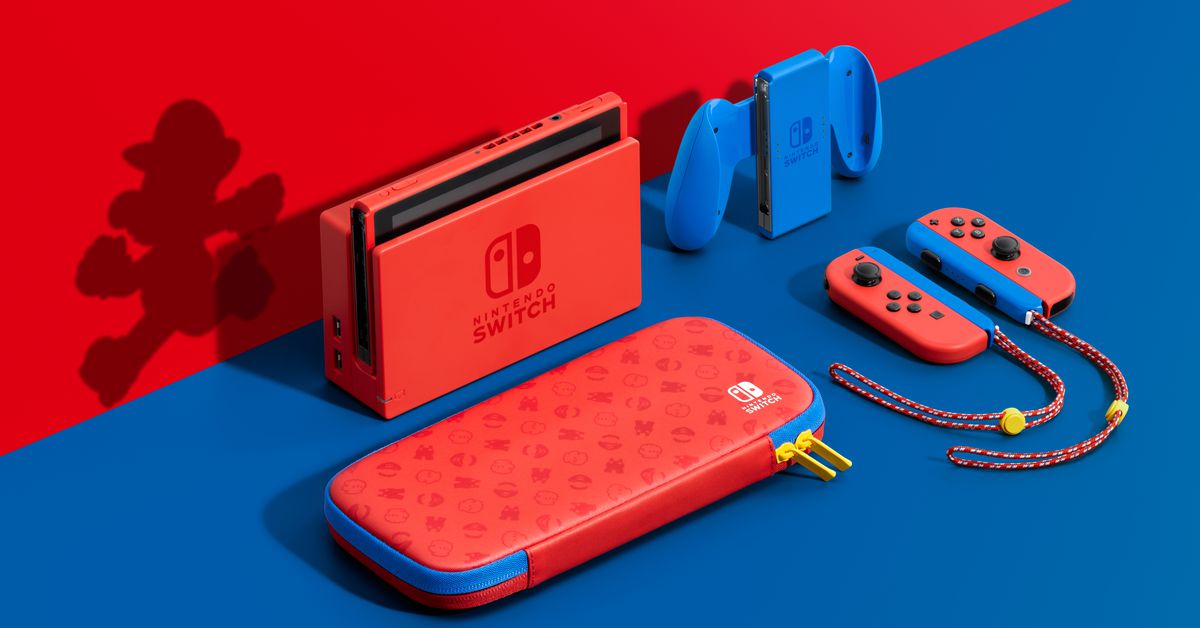 Red & Blue design is first since the original launch colors 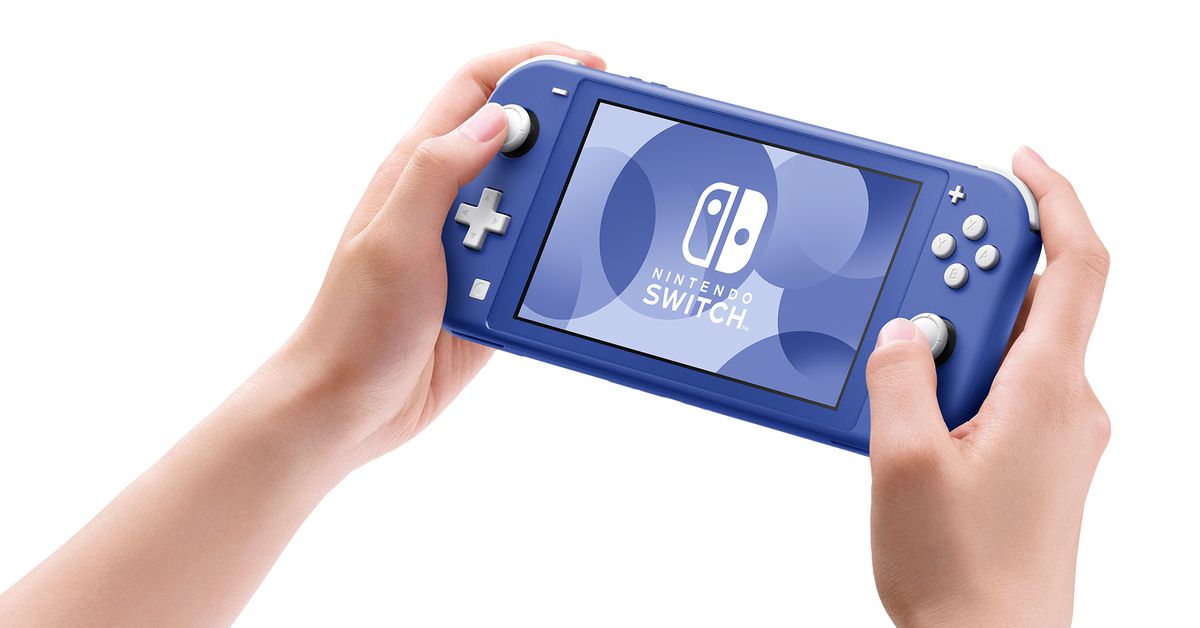 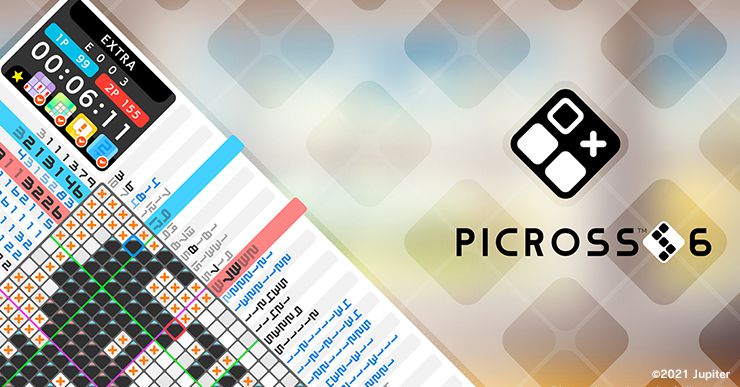 Picross S6 is coming to Switch later this month

The latest installment of Picross comes out on April 22 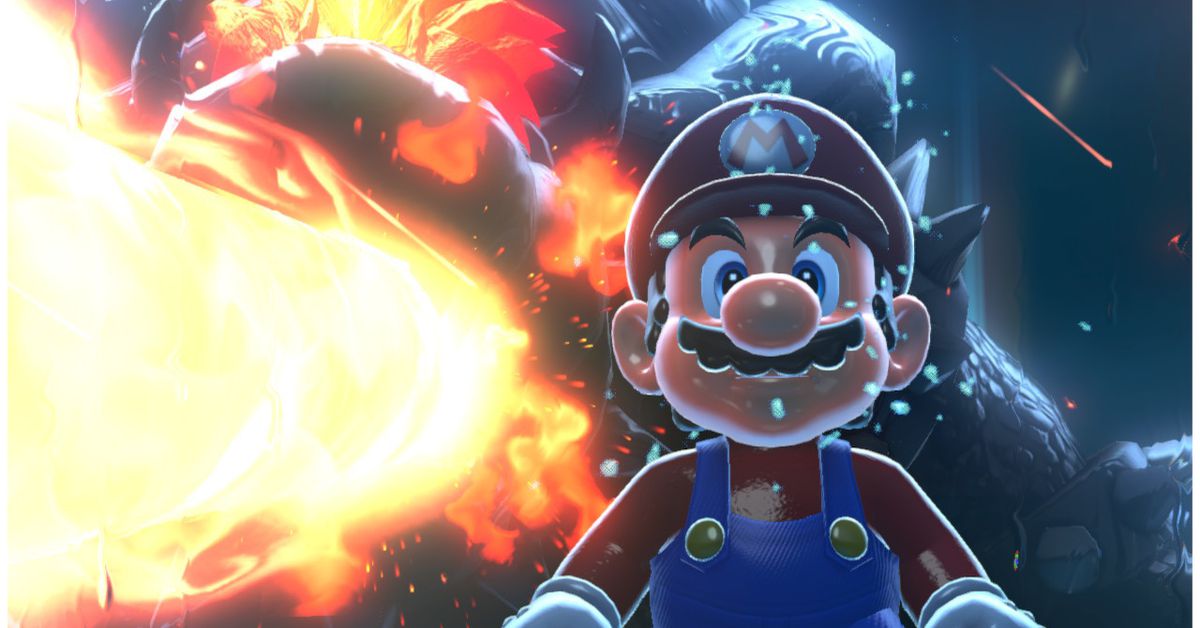 ohh this is happening

welp, there goes that..

wait does xbox need nintendo or nintendo need xbox i would def go with the latter. i mean switch is the highest selling console 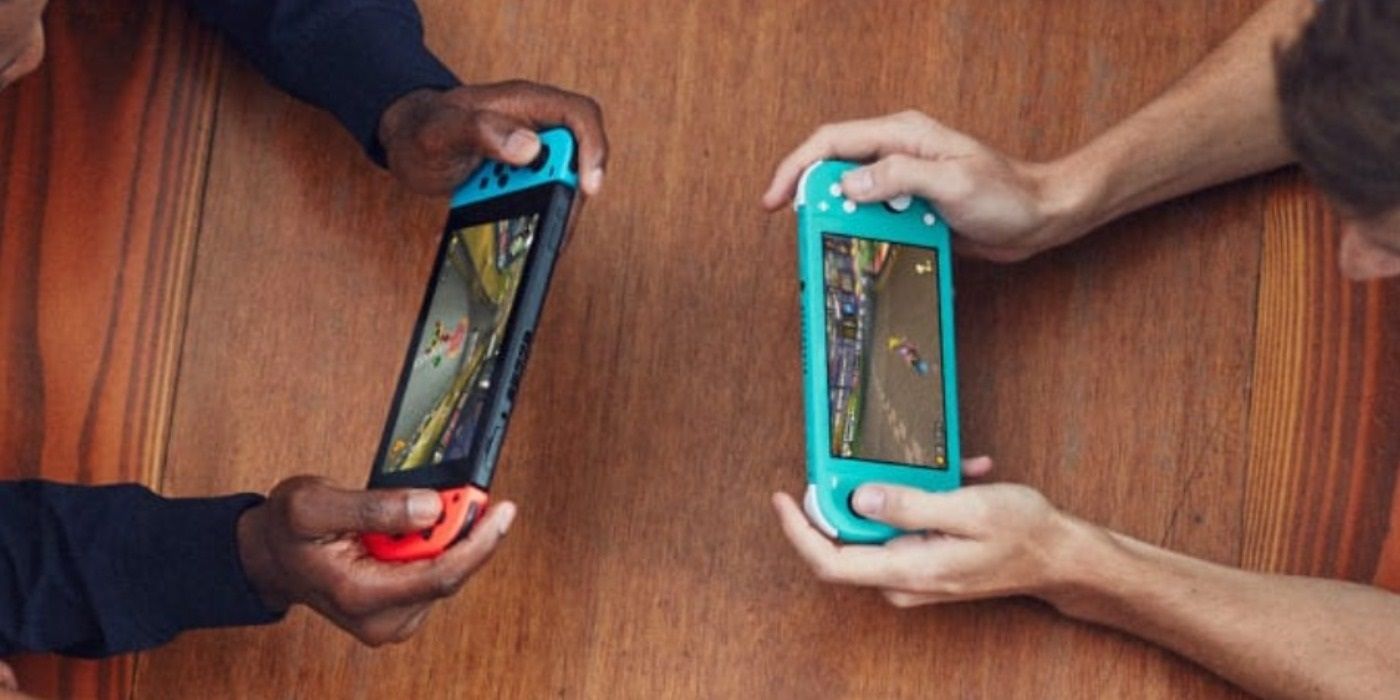 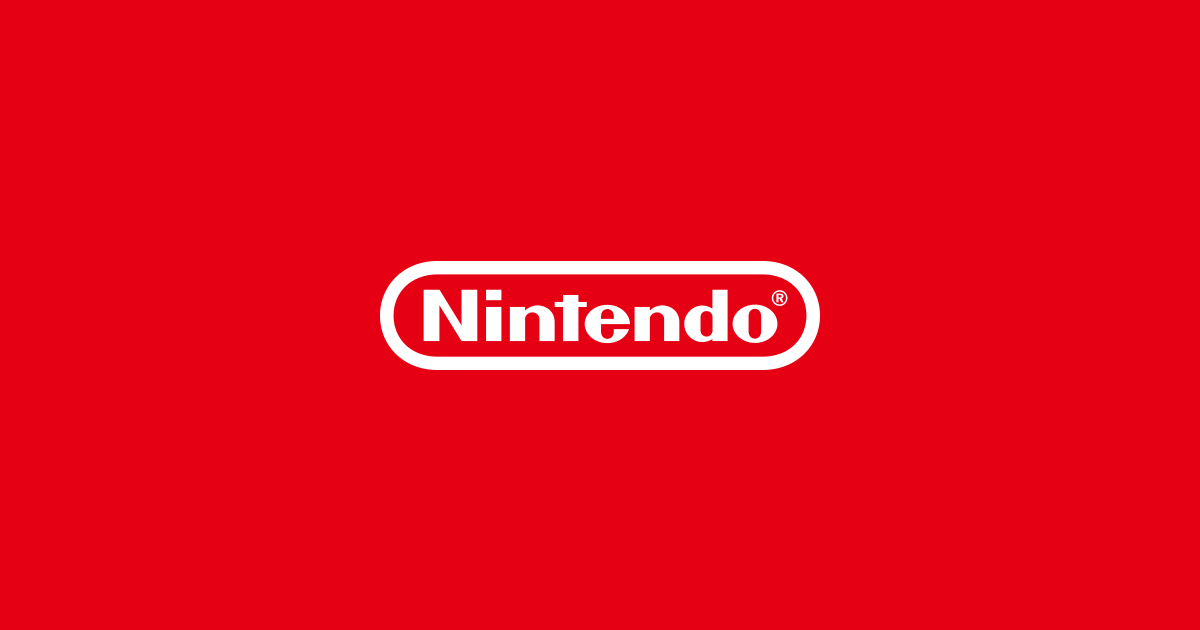