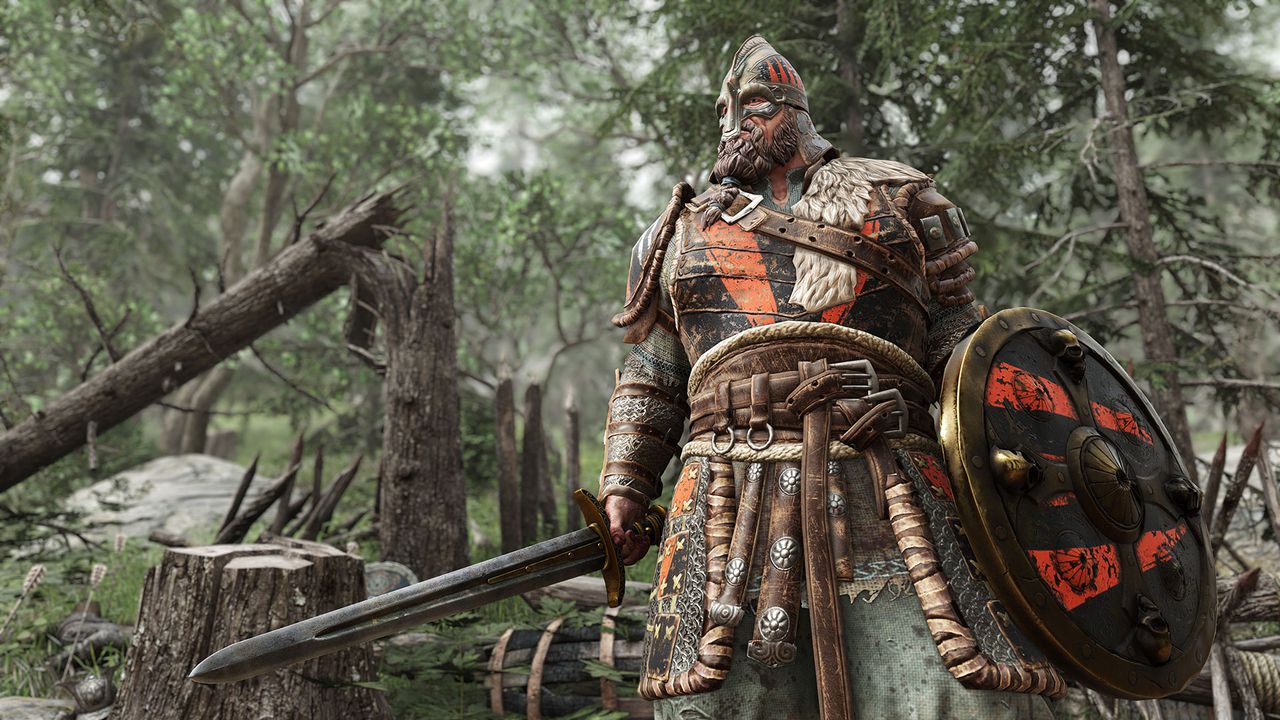 Ubisoft today detailed For Honor’s full roster of playable heroes and multiplayer modes at Gamescom. The publisher and developer also announced an alpha for the game, a PC version and what will be included in the melee-centric action game’s collector’s edition.
The game is being developed by Ubisoft Montreal for PlayStation 4 and Xbox One. Today, the publisher announced that For Honor is also being developed for Windows PC by developer Blue Byte. The German developer is perhaps best known for its work on The Settlers. Ubisoft says that the developer is "devoted to create a tailored and fully optimized experience on PC platforms that supports mouse and keyboard controls, giving PC players the option to choose how they play For Honor."


The game, due out Feb. 14, will feature four classes in each of the three factions: The knight, viking and samurai.

Vanguards are well-balanced heroes, with good attack, and defense capabilities and great versatility.
Assassins are swift and lethal characters, great duelists with very good offense
Heavies are the most resistant Heroes, their attacks are slow but deadly. They’re especially efficient for defending a point and annihilating AI enemies.
Hybrids mix elements and characteristics of other types. They are advanced characters fostering uncommon tactics
​
Each hero comes with unique skills, weapons, armor and fighting style. Players can also customize a hero’s look and feel.

The game’s progression system, unlocked through experience points shared across player-versus-player and player-versus-everyone modes, unlocks new combat abilities and new visual customization options. Players are also given a chance to loot armor and weapon parts on the battlefield, with specific stats allowing each player to adapt their gear.
The game will include five multiplayer modes: Dominion, Brawl, Duel, Elimination and Skirmish.


Those modes can be played against other players or bots in split-screen co-op on consoles.

Dominion is a 4v4 objective-based mode in which two teams of four players fight for control of the battlefield. It’s a mode that relies upon skill, communication and teamwork.
Brawl 2v2: Each team of two players need to kill the two enemy Heroes to win a round. Skill, awareness, cooperation and the capacity to use the environment to the player’s advantage are key components.
Duel 1v1 puts two Heroes face-to-face in a fight to the death. Skill is fundamental in Duel of course, but as in Brawl, players have the possibility to use the environment to their advantage.
Skirmish is a 4v4 Team Death Match like mode. Combat skills are key in this mode as players score points for their team by killing enemy Heroes.
Elimination In this 4v4 mode, the last surviving player on the battlefield wins the round for their team.
​
For Honor is getting a closed alpha playtest from September 15-18, Ubisoft said. To sign up for it visit www.forhonorgame.com.

For Honor Gold Edition: the base game, the Digital Deluxe Pack from the Deluxe Edition, and the full Season Pass
An exclusive Collector’s Box
Three 1/3 scale, full metal warrior helmets on wooden stands representing the Knights, the Vikings and the Samurai
An exclusive lithography
The game’s original soundtrack
​
Anyone who pre-orders the game will receive the Legacy Battle Pack, which includes three hero outfits wearable by the Warden, Raider, and Kensei heroes.

This morning IGN reported that Ubisoft’s melee combat game For Honor had cut split-screen play from its online mode. Polygon has confirmed with Ubisoft that the feature has been dropped from the game entirely, including local multiplayer. The third-person brawler, which features knights, vikings and samurai duking it out in bloody skirmishes, had originally touted split-screen as integral to the experience.
During a taped studio interview with IGN, producer Stephane Cardin said that change was made just recently.
"We decided this week to cut the split-screen," Cardin said. "It was a feature that we loved, but, when we looked at what needs to be done to support online co-op, for us it was critical to make a decision now so we can polish all the features at the AAA level and make sure that we have the most amazing experience."
Cardin's comments left it unclear if split-screen was being dropped from online play only, but not long ago Ubisoft confirmed that split-screen had been dropped entirely.


"The For Honor team made the difficult decision to cut split-screen co-op in order to deliver the best experience at launch," reads the statement from Ubisoft. "For Honor fans looking to play with friends will still have the option to play online co-op for the campaign and multiplayer modes."
The team had gone on the record with multiple outlets in the past to talk about the importance of the split-screen feature as it applies to their vision for the game, but it appears that it has been dropped in order to prioritize other aspects of the final product.
For Honor is scheduled to release in 2017 on Feb. 14 for PlayStation 4, Windows PC and Xbox One. We’ve had hands on with the game, both at this year’s Gamescom and at PAX West. You can see how it’s shaping up in the 34-minute clip below.