Play as Ace or Melusi on the reworked House map


Alibaba’s Area F2 is a ‘near carbon copy,’ says Ubisoft 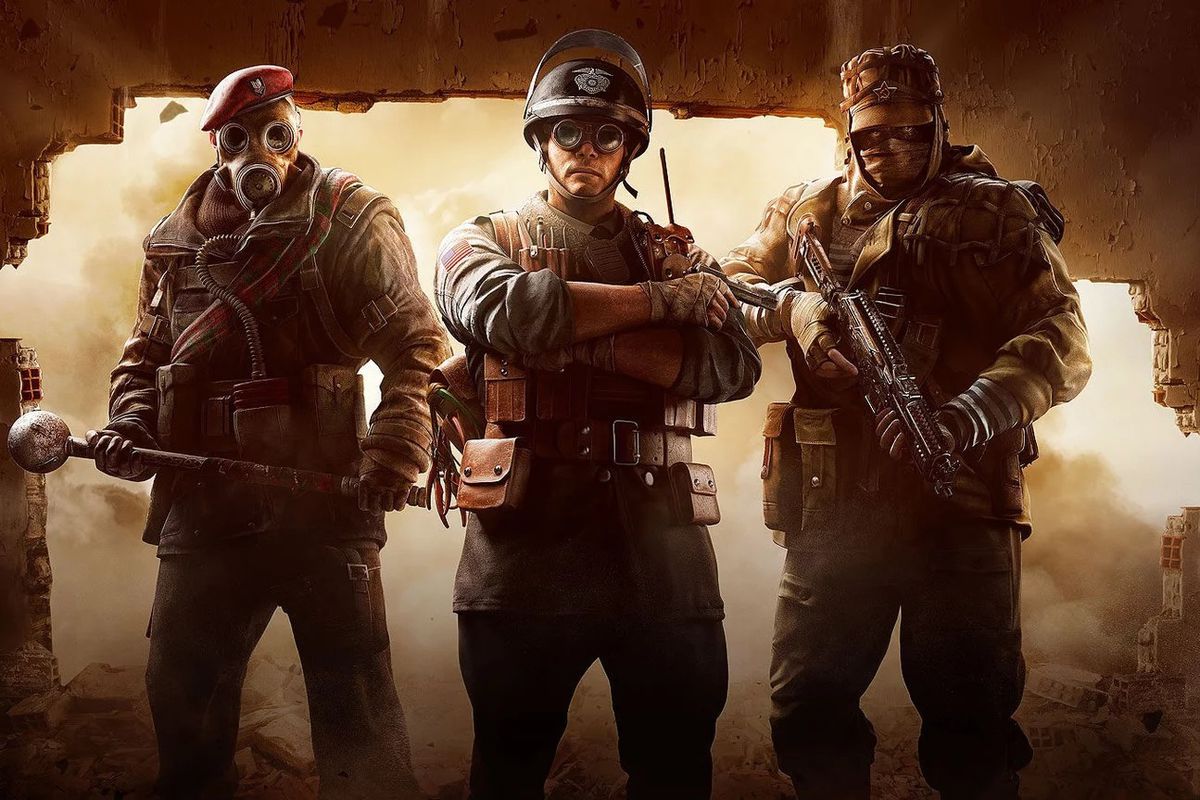 Area F2, a mobile first-person shooter that raised eyebrows across the gaming community with its strong similarities to Ubisoft’s Tom Clancy’s Rainbow Six Siege, has been delisted from the Apple App Store and Google Play Store following a copyright-infringement lawsuit from Ubisoft. Ejoy, the Hong Kong-based developer of Area F2, took the game’s servers offline on Wednesday — but the company made no mention of the suit in a post on the game’s website explaining the shutdown, saying only that it was “carrying out improvements to Area F2 in order to deliver a better experience to players.”
In the legal complaint, which Ubisoft filed on May 15 in the U.S. District Court for the Central District of California, Ubisoft described Area F2 as a “near carbon copy” of Rainbow Six Siege. The publisher also listed Apple and Google in the lawsuit for hosting the game on its platforms. A Ubisoft representative told Polygon it named Google and Apple in the court documents because neither company took “the necessary action to remove the game” from their stores, even “when formally requested to do so.”
“Ubisoft’s teams have poured years of creativity, resources and talent into making Rainbow Six Siege the success that it is today, and we are committed to protecting our intellectual property,” Ubisoft said in a statement to Polygon, referring to Area F2 as “a game that severely infringes upon our copyright.”
Now that Area F2’s servers are offline, players that open the app are met with the following notice: “Server is closed. See announcements for details.” Ejoy said in a separate post on Area F2’s website that players who have purchased items in the game can apply for refunds on their respective platforms, with customer service available until June 20.

Image: Ejoy/Alibaba via PolygonOriginally released in 2015 on PlayStation 4, Windows PC, and Xbox One, Rainbow Six Siegeis a team-based first-person shooter where players choose from a variety of “operators” who are categorized as “attacker” and “defender.” Each team must contest an objective, with each character having a special tactical ability. Area F2 is a competitive game where players choose from over 20 “agents” who are categorized as “attacker” and “defender,” and each one has a special tactical ability.
Even while playing through the Area F2 tutorial ahead of its shutdown, Polygon noticed obvious similarities between it and Rainbow Six Siege. As an attacker, we breached a wall with explosives, and as a defender, we could apply defensive bracing. Area F2 also has characters like Mike “Hammer” Coleman, who has a hammer that he can use to knock down walls, and Yevhen “Spitfire” Voronin, who deploys a ballistic shield attached to a machine gun to provide heavy fire. Keen fans of Rainbow Six Siege may recognize these characters as having the same abilities as operators Sledge and Tachanka.
Area F2 looks and feels very much like a mobile version of Rainbow Six Siege, from the loading UI to the game itself. YouTube commentators have already remarked on the similarities. Ubisoft alleged in its lawsuit that “virtually every aspect of AF2 is copied from R6S, from the operator screen to the final scoring screen and everything in between.”
Ubisoft also said in the complaint that Area F2 had been downloaded more than a million times. In addition, the company alleged that developer Ejoy, owned by Alibaba, “generated tens of thousands of dollars in revenue” from the game.
Here’s Ubisoft’s full statement:

Ubisoft’s teams have poured years of creativity, resources and talent into making Rainbow Six Siege the success that it is today, and we are committed to protecting our intellectual property. We filed a complaint in the US this past weekend against Ejoy (also known as Qookka Games) concerning a game that severely infringes upon our copyright. Google and Apple are also named in the complaint because the product in question was made available on their mobile stores, and when formally requested to do so, they did not take the necessary action to remove the game. Both Google and Apple remain valued partners to Ubisoft. We look forward to working together with them to resolve this issue as soon as possible.
​ 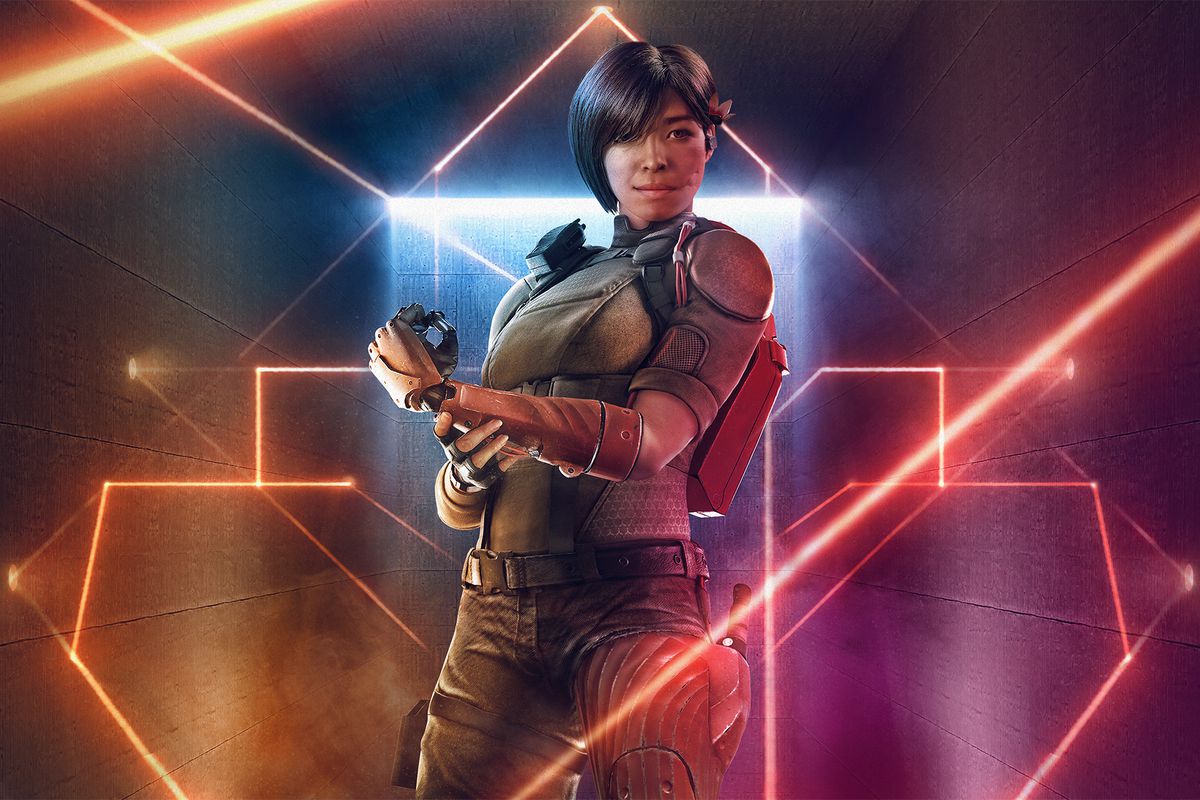 Rainbow Six Siege is getting a new season of content called Operation Neon Dawn, and players will get their hands on a new Operator. Meet Aruni, a Thai defender who uses her unique gadget to block off walls and prevent attacker access.

Aruni’s gadget is the Surya Gate, which sets up laser gates on walls, hatches, doors, and windows. The Gate does 40 HP damage and burns drones and projectiles. Attackers need to find alternate paths, or slip their recon drones past the small gap that the Gate leaves in doors. Aruni is also equipped with a P10 RONI or a MK 14 EBR as a primary weapon, and a PRB 92 as her secondary. She’s also an Operator with a prosthetic arm and leg due to a mine injury, which sets her apart from the rest of the crowd.

The Skyscraper map has also been reworked. There are fewer balconies, and the ones that remain are relocated. There’s also rebalancing and repositioning of other major map elements, including the ability to climb up and get the higher ground.

The test server for Operation Neon Dawn will go live on Nov. 9. This update will include new accessibility features, including “voice to text” and “text to voice” options for in-game chat, chat assistance for Narration and Hints, and the ability for players to adjust audio/visual cues and font scaling. Neon Dawn will also launch alongside a new cosmetics bundle called the Sixth Guardian program. The first bundle will be for Doc, and each bundle will donate the proceeds to a different charity; the first charity has yet to be disclosed.

If you are looking for special thrilling games, visit the RichPrize casino site. I have chosen this resource among dozens of similar ones because they always add new games and other entertainments. This portal is developing really fast, and they think about new players and experienced ones. Everyone will find a game to their taste. Find the site and test yourself.
Last edited: Tuesday at 2:09 AM
You must log in or register to reply here.
Share:
Facebook Twitter Reddit Pinterest Tumblr WhatsApp Email Link