You would need to be living under a literal rock to not be familiar, even in passing, with the juggernaut that is the Marvel Cinematic Universe. With multiple billion dollar+ movies under their banner, it was only a matter of time before its influence entered into the video game industry. An industry which is a bigger money maker than the cinema industry by a large margin. And while there is an as-of-yet untitled Avengers project under works at Square Enix, Marvel’s Spider Man is the best thing we have in this regard in the here and now.

Though past Spider Man efforts have been hit or miss.. ranging from the memorable Spider Man 2 on the PS2 to the better-forgotten Ultimate Spider Man games released a couple of years ago, Insomniac is set to redefine the franchise’s video game outings while creating one of the most ambitious open world titles with a living and breathing world more densely populated than perhaps any we have seen before. Marvel’s Spider Man (Yes that is the game’s official name) is easily Insomniac’s most polished effort and the near-first party treatment the game has received from Sony in terms of development and marketing shows it.

When talking about Spider Man games, the first thing that naturally comes to mind is traversal. Spider Man 2 has been the gold standard in this regard so far and while some might argue, subjectively Marvel’s Spider Man trumps it and brings quick and easily manageable traversal with a host of tricks into the new generation. The physics based swinging mechanics take a little while to master, but once you do.. It’s a reward to simply swing around the game’s rendition of Manhattan and watching in awe as the lighting, the highly reflective building surfaces and the densely populated streets and roads may lead you to believe that a scene from one of the Spider Man movies is playing in front of you, not a video game. 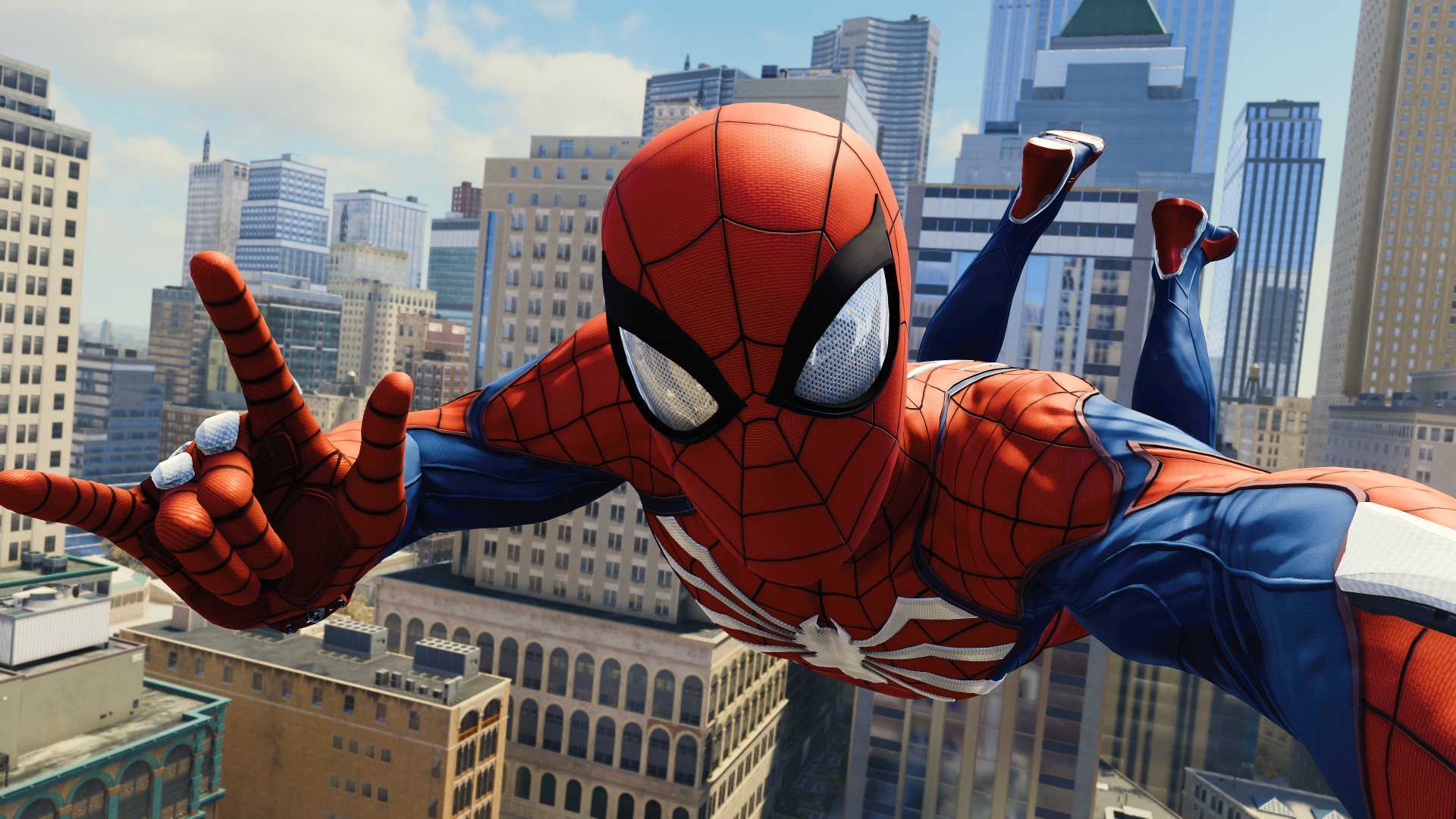 Not to say this game is without its flaws however. While the traversal is fantastic, the combat is bluntly a variation of the Arkham combat system with Spider Man’s more natural agility and vertical nature factored into it. It’s not a bad thing mind you, but for some it might take a good long while before they get used to the hectic nature of the combat. The game is also divided into segments where you play some not-so-creative stealth based missions with an archaic “get seen and its mission over” mechanic. These are, for me at least, the only real blemish in an otherwise great game.

Even the negatives, however, serve a narrative purpose in the game world as Spider Man is not just Peter Parker’s story, Pete’s on-again-off-again love interest Marry Jane also gets in on the action. Expect to meet a large amount of Spider Man’s famous rogues gallery with some familiar faces portrayed in unexpected ways. Additionally Peter is assisted by the usual supporting cast though fortunately we are spared another origin story and don’t have to watch poor Uncle Ben get shot for the umpteenth time.

Insomniac have went above and beyond in terms of production values and it seems like they tapped into the Sony first party reservoir for development as this is by far Insomniac’s best told story with very convincing acting (both voice and animated) and an equally elaborate orchestral sound track to boot. Incidental NPC chatter is often just as fun as the central cast and it’s well worth it simply running down streets instead of swinging above them to see how various NPC’s react to Spider Man (hint: Not all of them are fans of the New York wall crawler). Additionally, everyone’s favorite J. Jonah Jameson is ever-present with an Alex Jones’-esque radio show which plays periodically both after story events and after the player clears a side quest. The game allows the player to turn off said radio show if wanted, with a reminder every now and then, but truth be told it’s well worth just leaving it on. 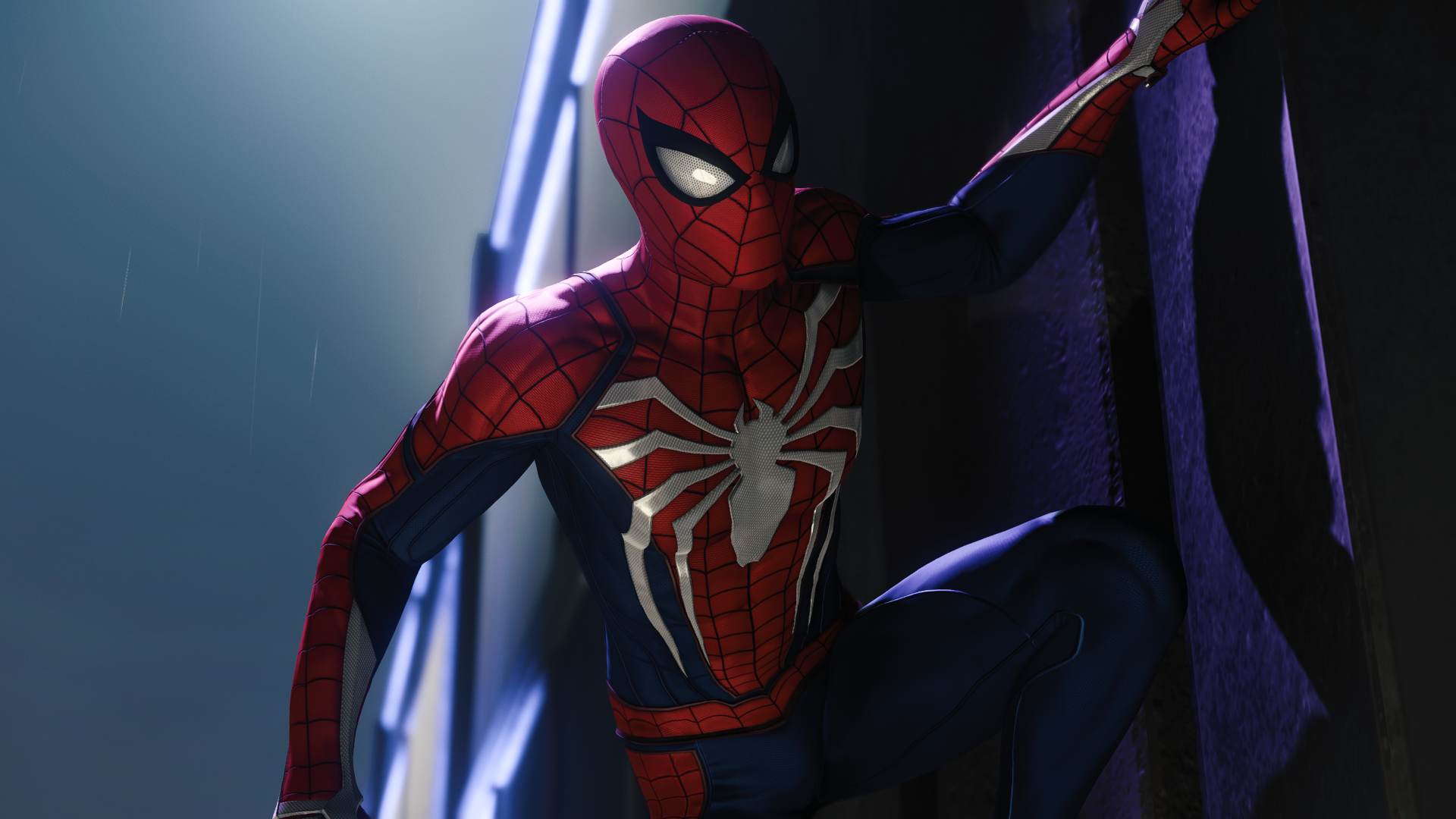 Speaking a bit on the tech, this review was done with the game on a PS4 Pro and besides the major resolution difference, both Pro and the base PS4 are roughly identical, however this may be one of those cases which might convince you to upgrade to Sony’s more powerful variant of the PS4 owing to how clean and pristine the image quality looks on a 4K display with the HDR being it’s crown jewel. The image quality is pristine, the frame rate.. while not perfect .. is mostly locked at 30 with rare drops hectic scenarios and the load times are quick and snappy should you choose to use the game’s fast travel mechanics.

Insomniac have certainly hit gold here and going by recent comments from the game’s creative director, Sony is to thank in part for allowing Insomniac the creative freedom as well as a preferential first party treatment. With a final act which rivals most major super hero movies in terms of its bombast and spectacle, a story that some might argue is better told than most Spider Man movie outings, Spider Man is certainly one of the best games of the ilk released in quite a while. Some might even say it challenges Arkham Asylum as a contender of the best game based on a super hero franchise.

Outside of the core story, there are plenty of reasons to keep exploring the world. Dozens of side quests, 20+ unlock able costumes from Spider Man’s past (and future) which all appear in the game’s real-time cut-scenes and the promise of at least 3 episodic DLC packs further means that players will want to keep returning to the game. Though it can’t help but be felt that at least the first DLC (Black Cat) is something which could have been incorporated into the base game itself. 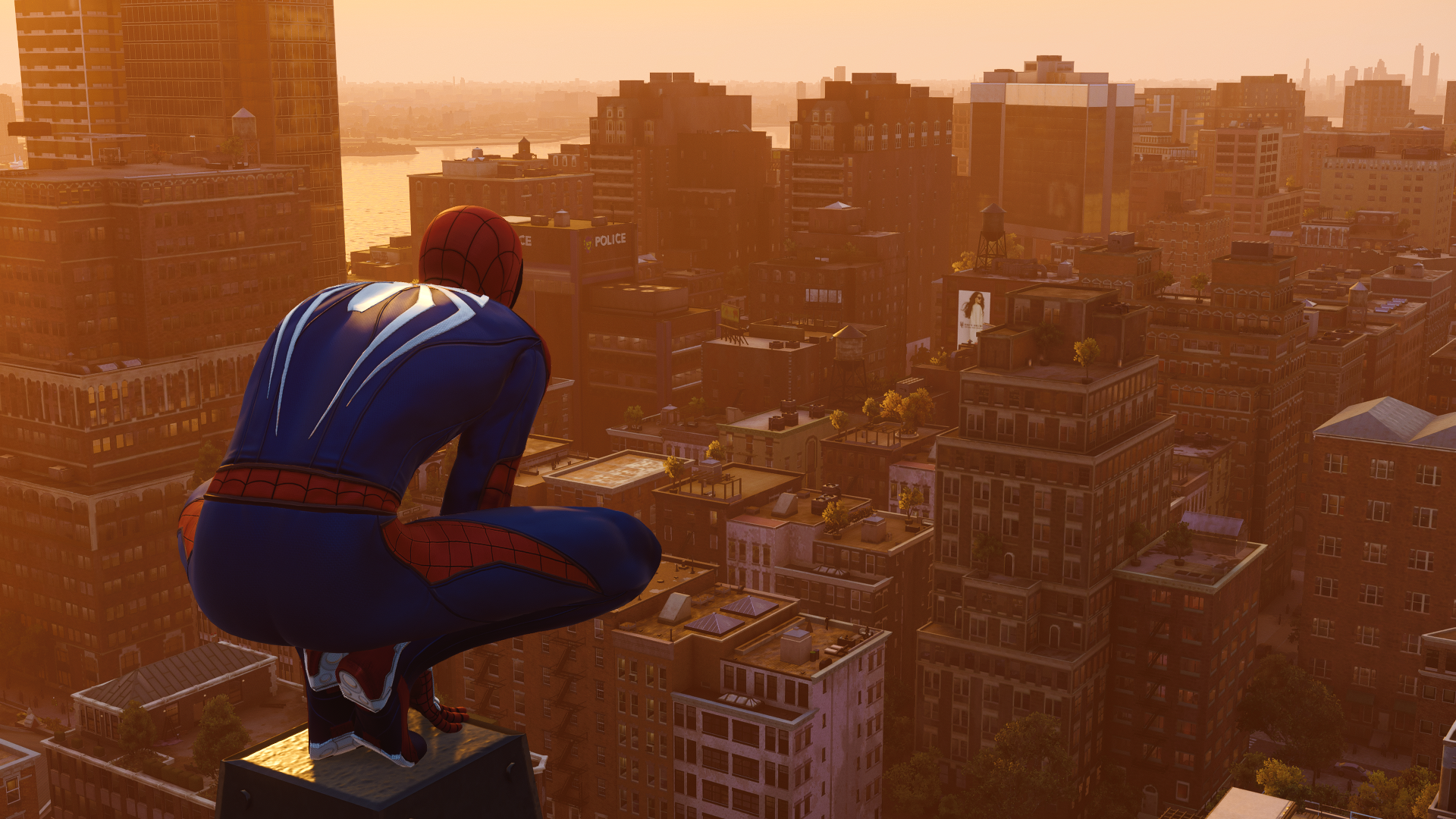 A highly recommended game for fans of the Spider Man comics, movies or TV show and in-general, anyone looking for a good open world game. The game is also a relatively easy Platinum trophy for trophy hunters. I, personally, did get the Platinum trophy before writing this review and the approximate time commitment was 25 to 30 hours for 100% completion.