Its finally here and PakGamers gets its first Samsung S8. Perhaps one the most awaited cellphone currently, S8 comes after the whole fiasco with Note 7 and its hidden exploding features. S8 is actually releasing today in most markets and we were lucky to get it
on launch day * kudos to DHL. So here is a unboxing and initial review of the phone:

The unboxing was slighlty unusal, as in, since this phone was directly ordered from Samsung, it came in a Samsung’s own cardboard box which was black inside with soft pouch containing invoice, a black bubble wrap with the “real” box inside that and some paper work. Within this box inside the box was the phone on top and accessories on the bottom floor.
It comes with a braided AKG headset (which are simply awesome sounding – maybe the best ever headset included in the box? ), a plastic pouch with 2 more interchangeable ear buds sizes, a USB to USB-C adapter and Mini-USB to USB-C adapter (which are a much appreciated addition),  fast charge capable power brick and a quality USB-C cable.

The reason why I am talking about both design and display together is, I think, that they are so integrated to eachother that it would be “unfair” to talk about them as separate things. The screen is at the heart of the design of the device, and to me, that’s the way it should be.  From sacrificing the fingerprint sensor to its awkward position at the back to the rounded edges and thin bezels on top and bottom, everything is done to serve the screen. And what a screen it is. Bright, vibrant, saturated and an absolute pleasure to look at.  The only design issue I faced due to the increased screen size and small bezels on top and bottom, was reaching the notification bar, which proved to be a bit of a stretch – but I am not the one complaining at all. In the argument between reaching for the top drawer with one hand vs the larger screen size, I am on the side of a larger screen. 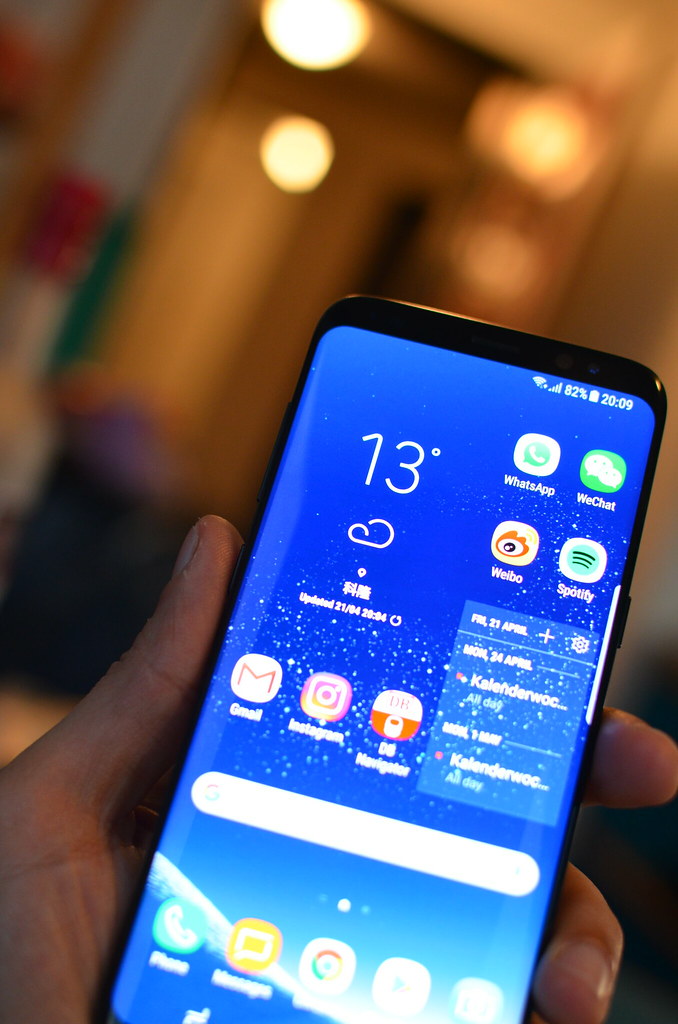 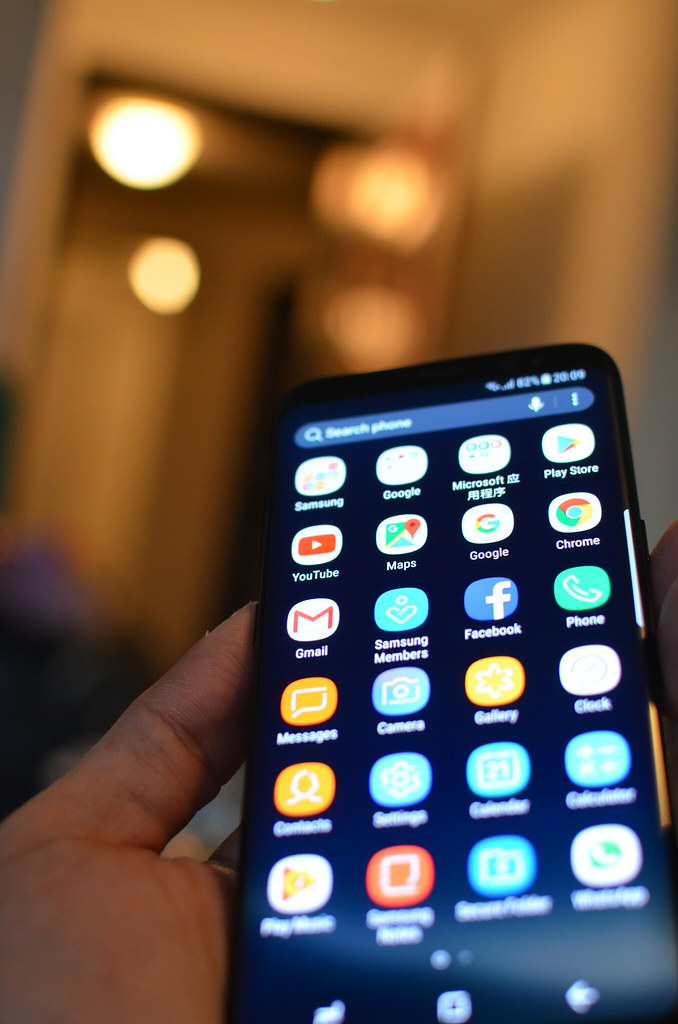 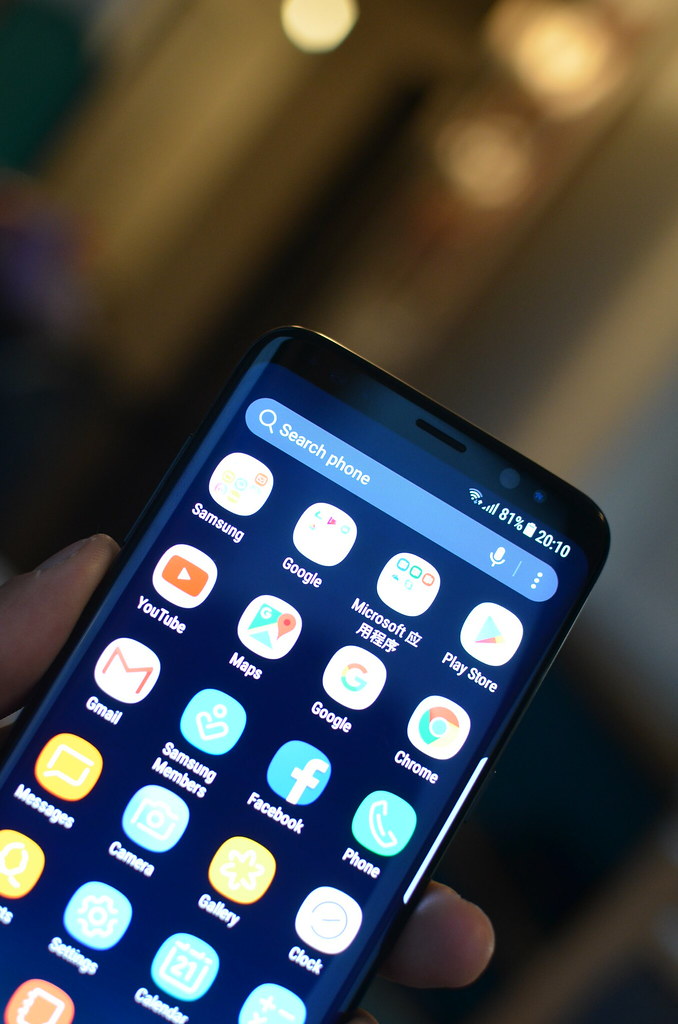 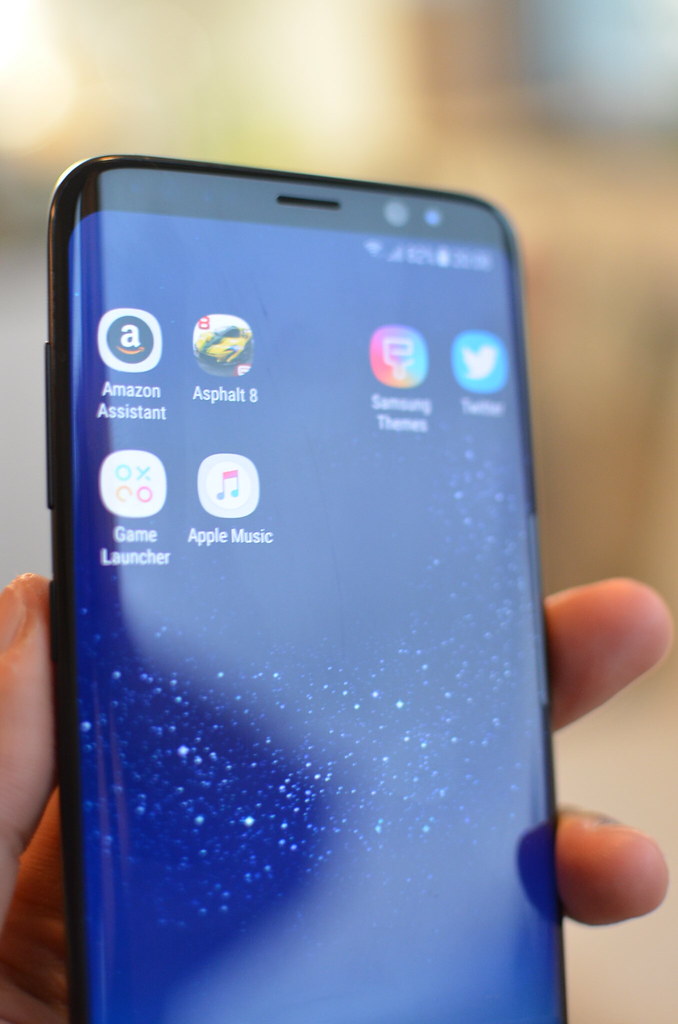 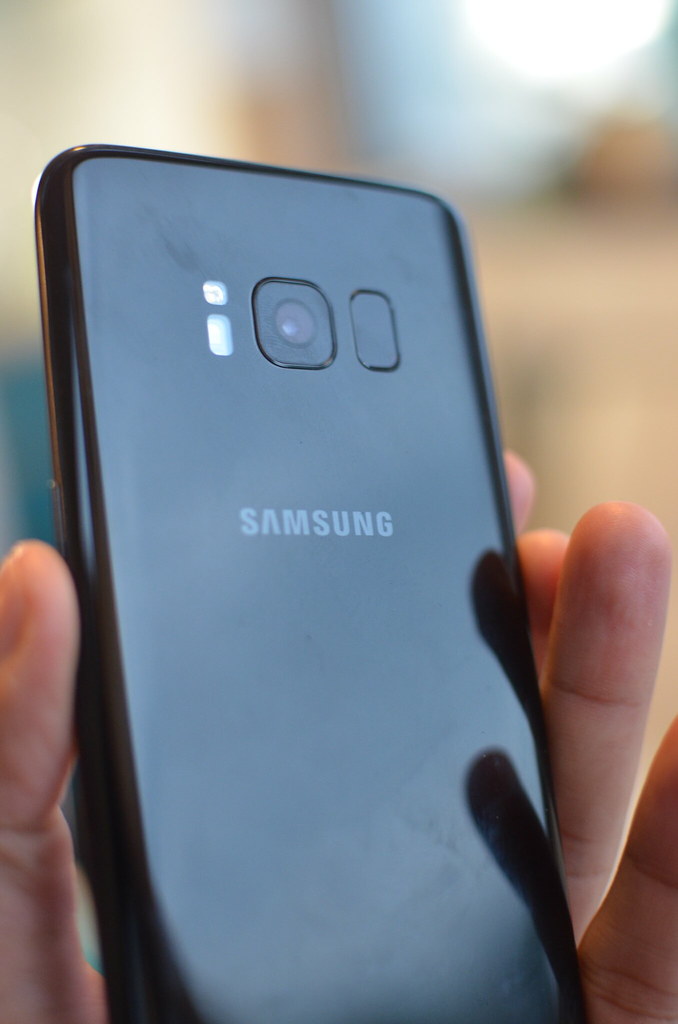 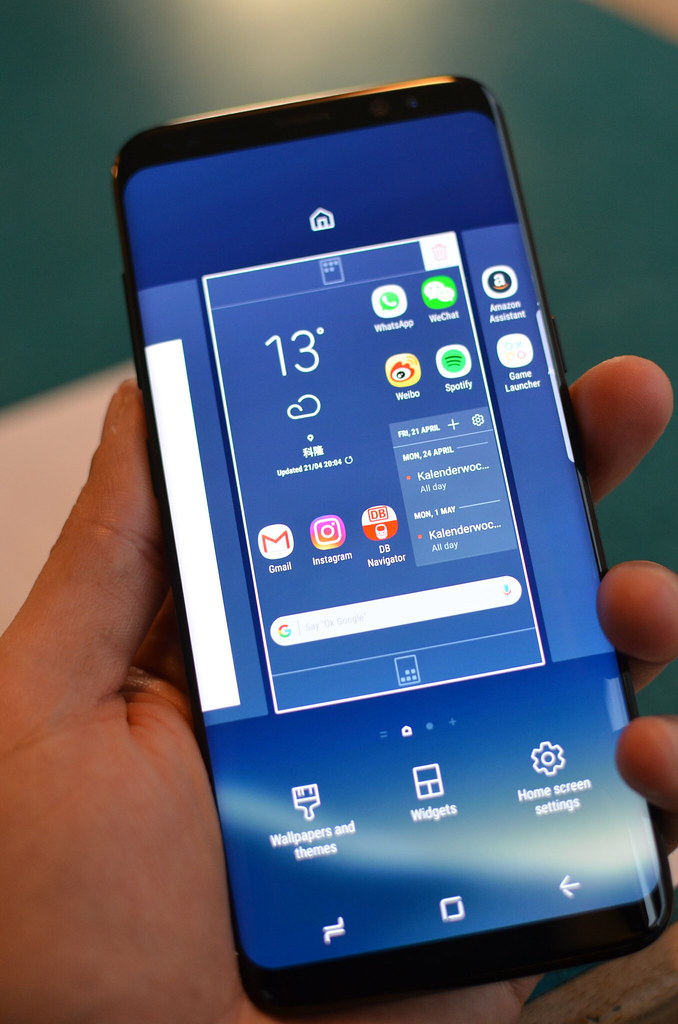 The body, though a little slippery, due to the glass finish on front and back, it is very comfortable to hold. My medium sized hands grip around it perfectly fine and and the glass material feels right up there. On the right side you will find well defined power button and on the opposite side the volume rocker and Bixby button ( more on this later). On the bottom, thankfully we have the 3.5 mm jack and USB-C.  In all, I am not afraid to say that its the most gorgeous phone I have ever held. Period.

Some official display and design features :

You can read all the specs below, but I personally believe in letting the pictures talk for themselves, the 2 snaps attached below were taken from the camera, are uncropped and were not compressed : 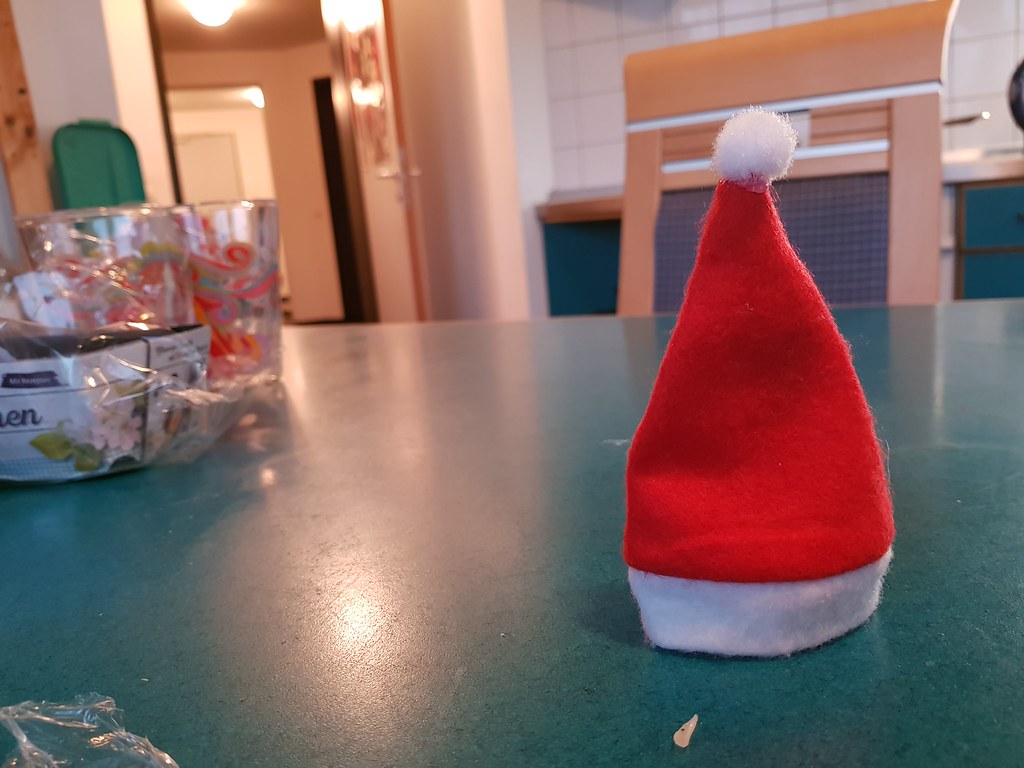 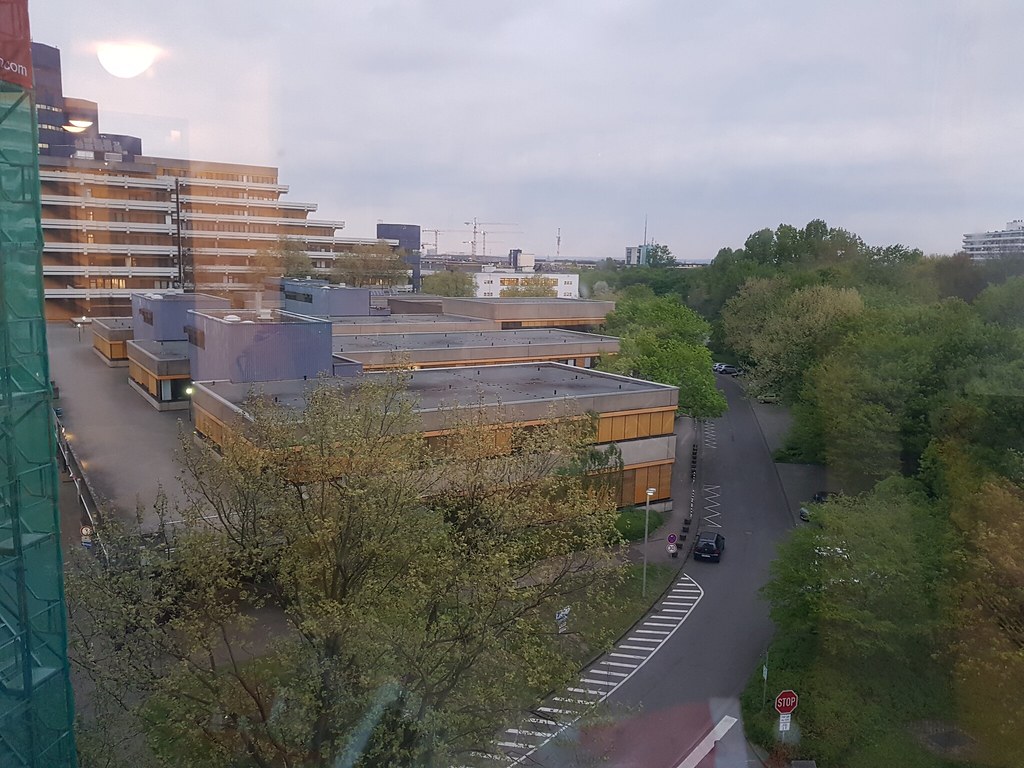 The post processing is aggressive, but the color representation and picture quality is top notch. Low light snaps are decent too, but I wish they had upgraded the lens or the sensor since this is ultimately their new flagship. That is not to say the camera is bad, its very very good but for the amount you are spending, you wouldve hoped for a newer camera for the upgrade. At least there are quite a bit of new camera software features on this phone, to be honest most of which I couldn’t play with due to having it only for a few hours. But the shots below was taken with selective focus option enabled  (thus the creamy bokeh and 15mb picture size 🙂 ) : 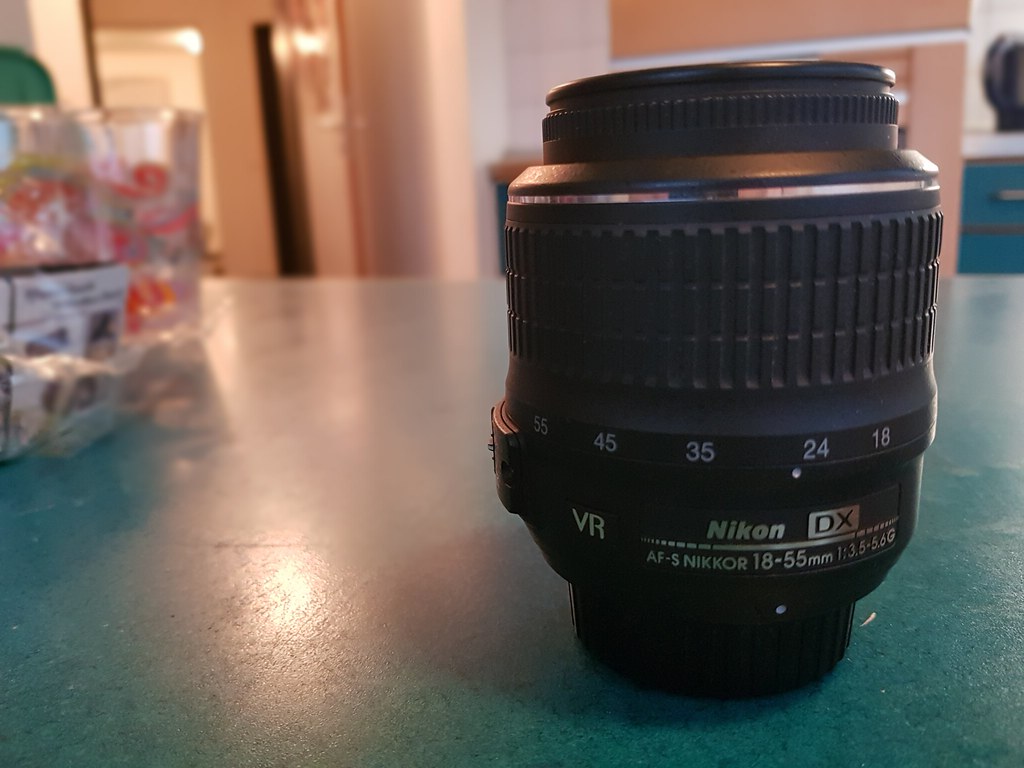 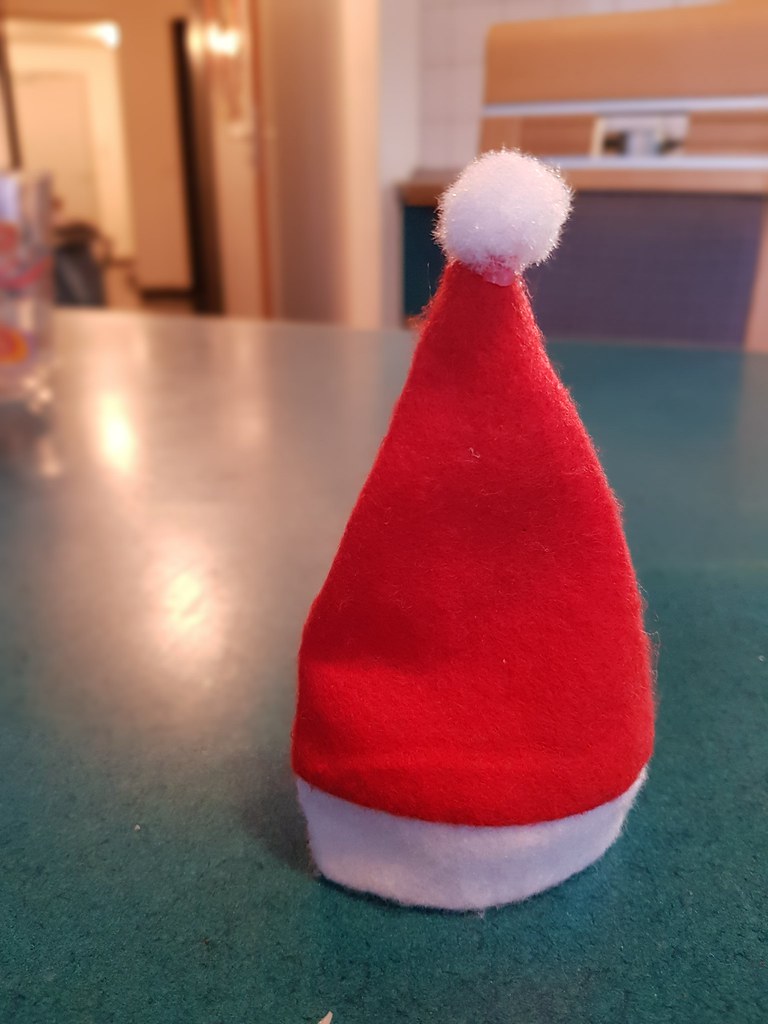 Video recording on the phone is quite impressive in terms of visual quality, focus and dynamic range.  The image stabilization and auto color correction are quiet aggressive though, to me, both are actually a bit over the top.

Alot of the phone seems to be running stock Android, which is a good thing. But there are a few additional nooks and crannies.
Bixby, the most prominent one, I cant wrap my head around. Why Samsung why? When we have a perfectly fine Google now and assistant, why do you want to reinvent the wheel and also give us a non-programmable dedicated button for it ? It doesnt make sense. While the phone is super fast as expected I did face two hiccups. Once when writing a message to someone, the phone hanged for a second and then completed the word and other when I pushed the slow-motion video recording, the video still recorded in real time. But the rest is pretty cool, will update after playing with it for more time.

The audio is nothing to write home about, its good but honestly I expected a bit better. It isnt as loud or rich as I wouldve wanted but its good enough.
Regarding the battery since the phone is quiet new, I cant say much. Specially since the *cough* Note 7  battery fiasco *cough*.
It seems good for now. I started using it today at 80% battery and even after playing around with camera, video recording, restarting a bunch of times and using is for a few hours it dropped just to 54%, which is decent. But honestly I would wait and see how it holds up.

In conclusion, I know I didn’t cover alot of topics, go much in-depth and even left out some like connectivity, audio, etc but this was supposed to be an initial review. Hopefully I can form a better opinion after playing with it for a longer period of time. For now, enjoy the pictures and ask questions. 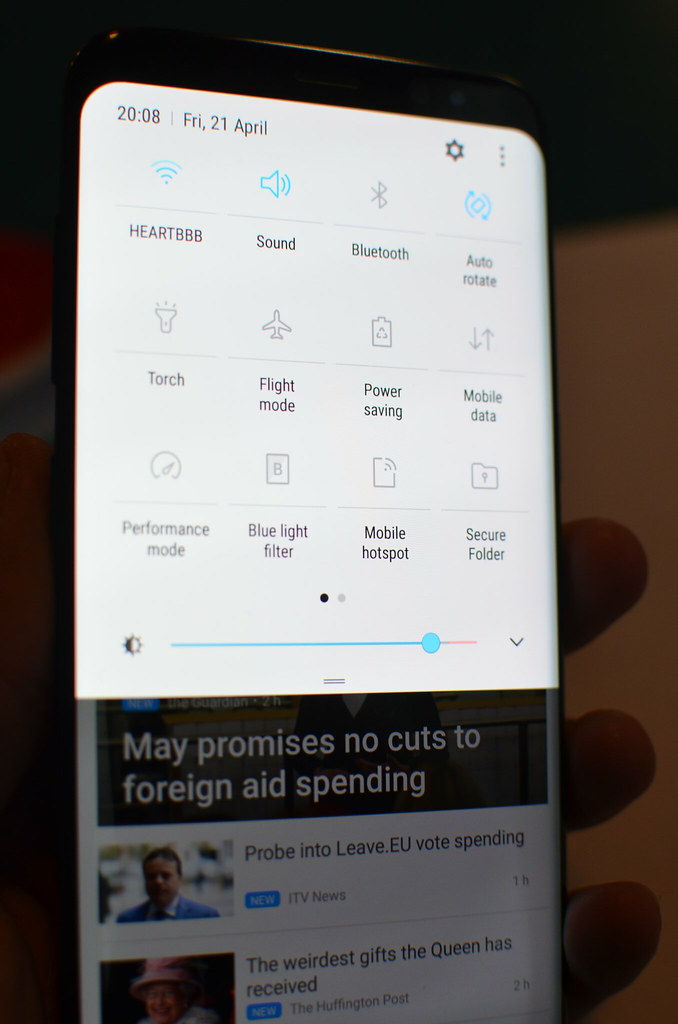 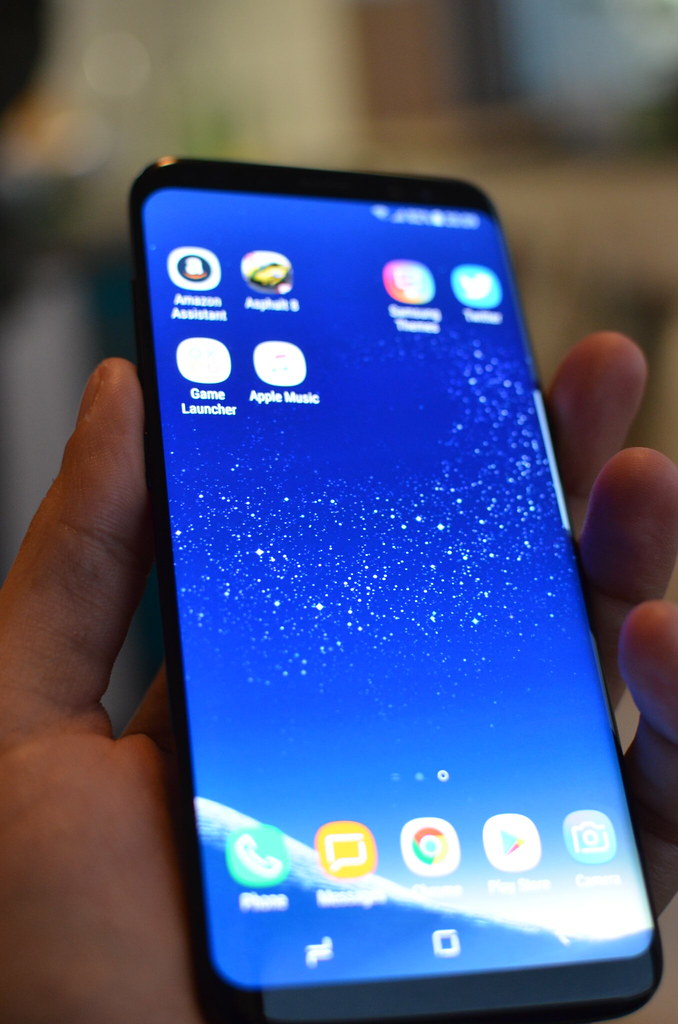