Xbox Series S and X Thread - Backwards Compatible like no other 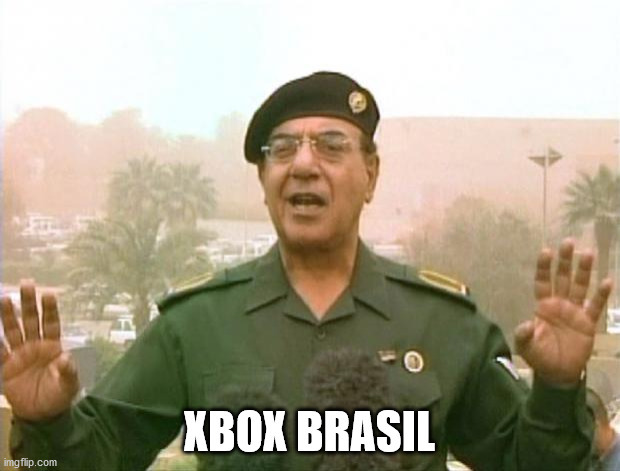 For the OLED owners. Even if you aren't buying Xbox, these settings are still valid for your PS5, PC or any other consoles to improve your experience.
Gotta appreciate Vincent's dry joke delivery.

OH YES. I have seen a number of Vincent's reviews and the way he slips in some of the jokes with a straight face cracks me up every freakin time.

Those smoking Xbox Series X videos appear to be fakes

Early adopters always have to deal with launch issues that get ironed out over time, and while the Xbox Series X is not immune to such problems, there’s also a berth of misinformation related to the hardware. For instance, recent viral videos appear to show the new Microsoft ejecting vast amounts of smoke, which has led to some panic and worry.

Videos floating around right now seem to show vapors rising from the Xbox Series X’s vents when the console is placed vertically, like so:

It’s certainly a spectacle to behold, but as some others have found out, it’s also very easy to replicate with the use of a vape. Apparently, if you turn your console off and smoke directly into the vents, the vapor will come up and continue rising for a while afterwards, as you can see in the videos below:

Microsoft did not return a request for comment in time for press, but our colleague at The Verge, Tom Warren, says the company is investigating further. Elsewhere, there are people who swear that their Xbox is smokin’ up, but as of this writing there isn’t further video proof of such things happening.

All this said, the mere idea of Xboxes going up in smoke is definitely sparking a number of good memes.

lol already said so, highly exaggerated those reports were.

My Series X is Dead - Microsoft say it's a known issue

Setup my Series X on the 10th and began playing Gears, and downloading some stuff from Game Pass. Everything worked fine.

On the morning of the 11th I turned it back on to check my Game Pass titles had downloaded, which they had. Everything worked fine.

I arrive home from work on the 11th in the evening and go to turn the console on and... nothing. No ding. No light. No power.

Now it gets worse, contacting Xbox support is so difficult. Their website pushes you towards simple FAQ responses and trying to speak to anyone is incredibly difficult. For a while I tried the simple fix and replace option on their website but everytime I'd get to the end of that process the site would auto-reload and ask for my sign-in details again. I tried it on three browsers across laptop and mobile and it did the same thing every time.

So I then requested a call back, which their site says has a 90 minute wait time. At 12pm I spoke to their support, they said that this was a known problem and they're facing a lot of calls on the issue today, all with the same problems. When they offered me the same 14 day collection and repair I said it didn't feel like a good solution considering the situation, he said he'd pass me to the Sales Team to find a better one. The Sales Team repeated that it's a known issue and they want to help as much as they can, multiple times he put me on hold to speak to his manager. Finally he came back and started trying to put me back through to the help website saying that there was a dedicated page for this issue. However, I asked him to stay on the line and every URL he gave me was just the general help page.

Finally he said he'd transfer me through to an agent dealing directly with this issue who could help me. He took down my mobile number as I was cautious that I would be put through to nobody. He transfers me and... automated Xbox Support line which says please go to the help page on the website, "goodbye".

I'm sat here after all this even further away from a solution, except I've now had two different parts of Xbox tell me there is a known issue.
Click to expand...

Or a console bricking and it being "a known issue".

Chandoo said:
Or a console bricking and it being "a known issue".
Click to expand...

It's beautifully designed, irresistible in the flesh, and in a world of economic uncertainty and an increased drive towards sustainability, it's the most affordable and efficient next-generation machine
Click to expand...

Instead, primarily, we were enthusing about the form factor and how cool the machine looks and feels. Whichever way the next console generation goes, one thing is clear: Microsoft knows how to design and build brilliant console hardware.
Click to expand...

Xbox Series S review: next-gen gaming on a budget - and in style

Digital Foundry presents the definitive verdict on an entirely new type of games console - Microsoft's junior Series machine, which aims to bring you the same games at lower resolutions. Does it work?

Series S look(ed) like a very promising console on announcement but the more game cut backs get revealed, the more it starts looking like a worse deal by the day. Especially considering you'll probably need a $200 SSD card to have decent internal-level storage, and you may as well get a X at that price.

The form factor is brilliant though, real cute looking device.

UzairAhmed said:
Lolzzz I was planning on getting one locally for around 130-140k but now no way I am taking that risk just going to stay put till they sort it all out dont want the 360 RROD type fiasco again
Click to expand...

For someone who is quite happy with 1080p, XBSX + GamePass still looks like a good proposition. Storage is a real issue if you don't want to spend extra (as one shouldn't have to if they are buying this machine) but i guess you can try to keep to 2-3 games at a time and replace them with new ones. And it looks the best.
U