Xbox Series S and X Thread - Backwards Compatible like no other

Game Pass is potentially coming to the Apple Store (iOS specifically) next year:

Yup. Potential issues are unlikely to surface over a couple of hours of hands-on time, or even months for that matter.

Though we've heard early Xbox Series X previewers say the console was giving off a tremendous amount of heat through its top vents--and making the expansion card on the back hot to the touch--Microsoft has denied it runs any warmer than the Xbox One X.

Responding to a question on Twitter, Xbox games marketing GM Aaron Greenberg said that the temperature isn't "significantly different" for the Xbox Series X's exhaust compared to the Xbox One X. He added that he hasn't experienced significant heat with the console he has at home, either.
Click to expand...

MS officially denies the unusual heating rumours, although the statement implies that the temperature is different (presumably an increase). I wish Digital Foundry did temperature benchmarks of consoles.

McFadden alleges that his Xbox Elite controller - which retails for $180/£160 - demonstrated "drift" within a "short time", as did his replacement controller "three or four months later". In some cases, it's alleged controller movements are even registered when the sticks are stationary and no-one is touching them.

"Microsoft does not disclose to consumers that the Xbox controllers are defective, causing the joystick component to fail. Members of the general public have the right to know the latent defects with the Xbox controller components."
Click to expand...


Dirt 5 and Yakuza: Like a Dragon make a strong first impression 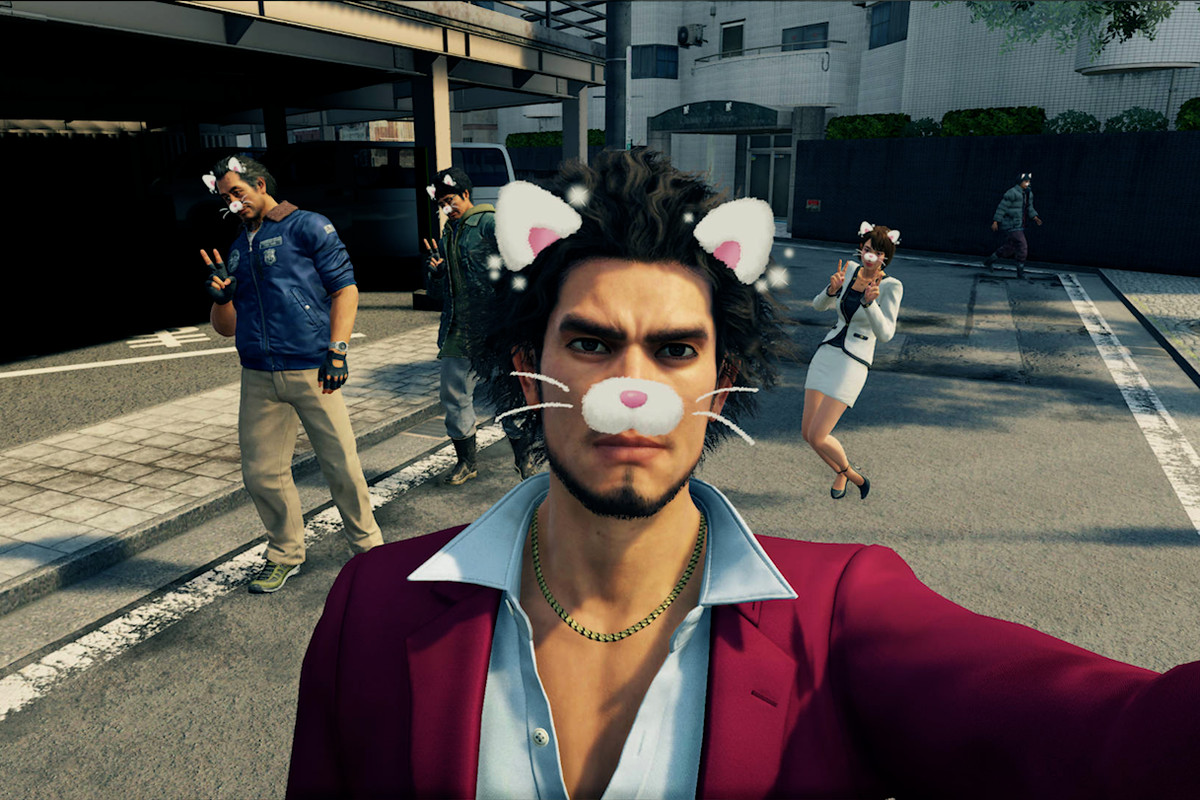 Before you play games on your new Xbox Series X, reset your expectations. The value of the next-generation consoles is not in the graphics — at least not this year. The real benefits at launch will be the invisible but appreciable quality-of-life improvements. The upgrades aren’t so glamorous, but I suspect you’ll love them once you notice them.

Over the past week, I had the opportunity to finally play next-gen video games on my Xbox Series X. I sunk hours into the arcade racing game Dirt 5 and the turn-based role-playing game Yakuza: Like a Dragon. Both of these games look good — certainly better than their Xbox One and PlayStation 4 counterparts. They have higher resolutions and better frame rates. Little things like the reflective puddles in Dirt 5 and the detailed faces of Yakuza: Like a Dragon’s characters would occasionally remind me I was playing on newer, more powerful hardware. But within a short time, I took the better graphics for granted.


All of this is to say, don’t expect next-gen games to be an Ark of the Covenant-style face-melting leap into the future. They look like more polished versions of games designed first and foremost for the current generation of hardware. Because that’s what they are.

Over the past three decades, new video game consoles have been celebrated largely for their graphical improvements, but this go-round, I’m struck by how much better next-gen games feel. 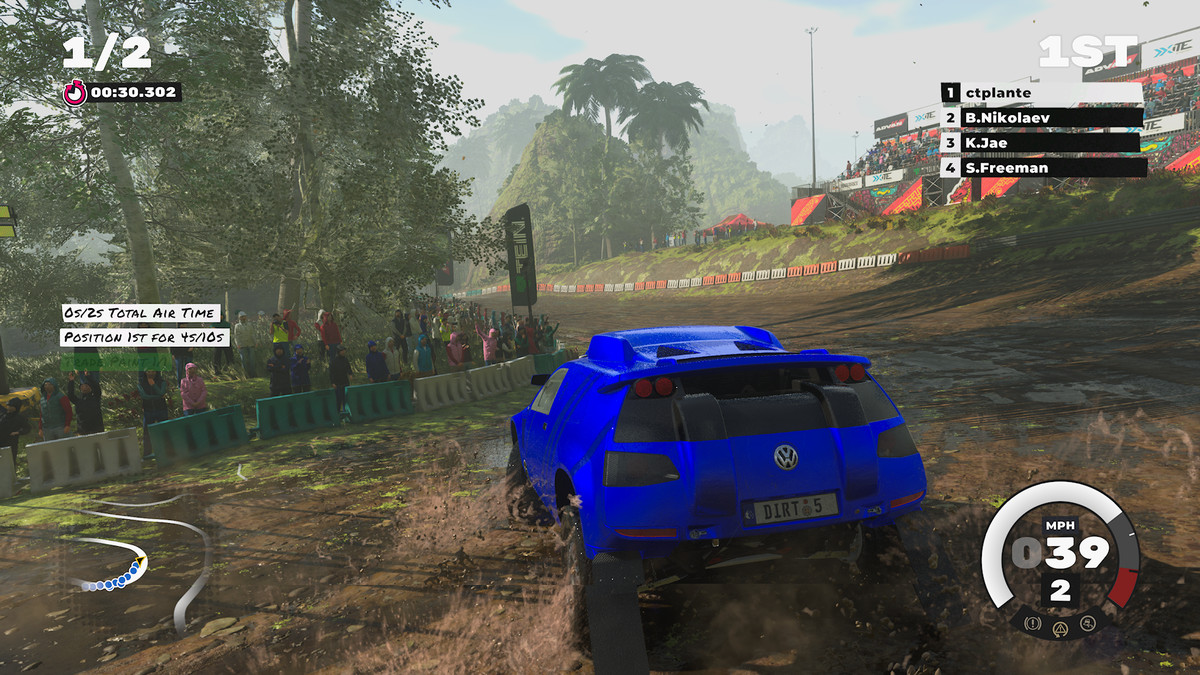 
Similarly, the new Yakuza benefits from rapid loading. The creators have stuffed it with minigames and side quests. In my time with the game, I became a vigilante superhero, a semi-professional aluminum can collector, and a budding cineaste who fights imaginary rams to resist falling asleep while watching classic films. Every little adventure blends seamlessly into the campaign, the reduced loading times giving the series the casual, lived-in flow it deserves.

I can’t say how often I’ll use the Xbox Series X’s Quick Resume function in the future, but it was a godsend for testing two games in a short period of time. Whenever I got frustrated losing races in Dirt 5, I’d pop open the Xbox overlay and click on Yakuza, and a few seconds later, I’d be wandering the streets of the game’s lovely re-creation of Yokohama, Japan. 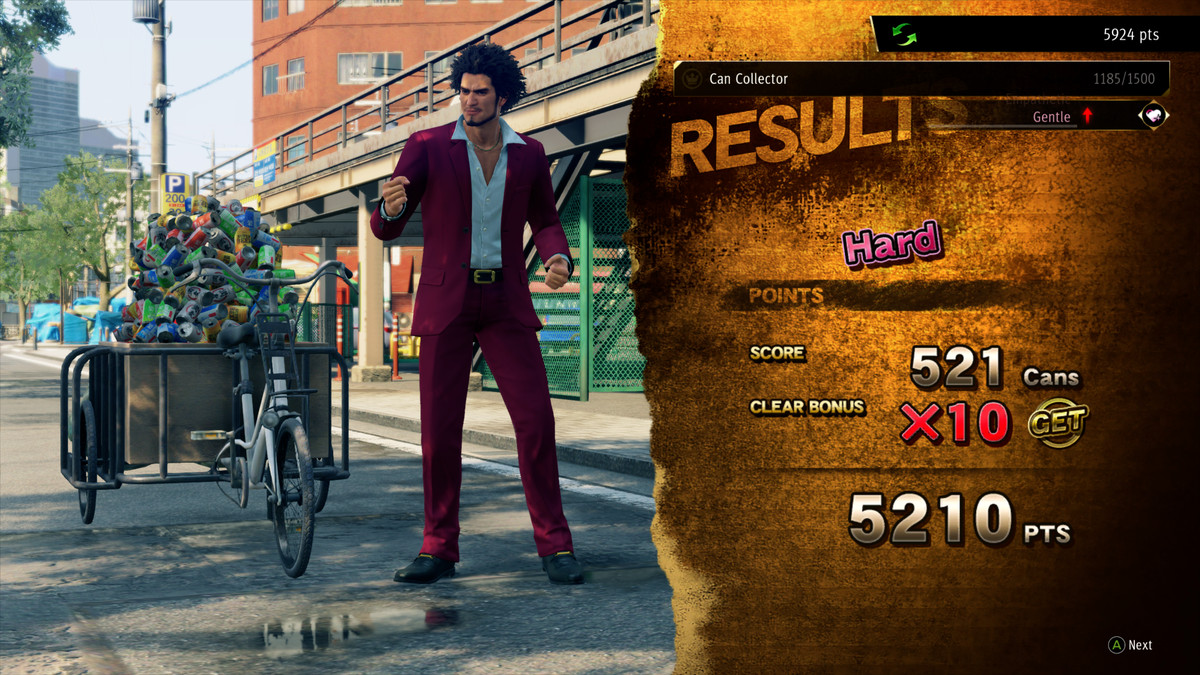 Image: Ryu Ga Gotoku Studio/Sega via Polygon
I’ve long expected new video game consoles to deliver the best possible graphics, but now I realize that quality-of-life improvements get at the true appeal of a console versus a PC: ease of use. With a console, you plug in the system and it works. No shuttling between storefronts. No need to fiddle with settings or ensure you have the latest GPU drivers. No mysterious errors that you try trace back to your monitor or your motherboard or your power supply unit. The new consoles further deliver on removing hurdles, maximizing the time you want to spend on playing video games with actually playing video games.

The irony, of course, is that PC gamers have had high-end RAM and ultra-fast NVMe storage for years. However, they also had to know what the hell those terms mean. Appreciating PC gaming (without spending a small fortune) demands learning how PCs work. Which, again, means less time spent playing games.

Now console gamers will have the luxury of PC gaming. Yes, that will eventually mean ritzy graphics and ray-traced lighting. And in a few years, we’ll undoubtedly see games truly built, from top to bottom, to make use of these systems’ power. But in the meantime, the quality-of-life upgrades will be enough reason to consider making the leap to the next generation. To put it in the most basic language possible: Playing games on the new, faster hardware is just more fun.

Not so flattering numbers for a launch title. MS should get developers more accustomed to their promised DLSS style Direct ML AI up-scaling because if the Series S is already dropping to 900p at launch, it doesn't really bode well for it a year or two in the future.
Reactions: iampasha

Even Dirt 5 runs @ dynamic 4k with dips in framerate IN framerate mode!

See, there is no point to the XseX over a PeeeC, unless you have money problems. Then it does offer a cheap alternative to enjoy Gamepass!


At long last, the Xbox controller has a screenshot button. 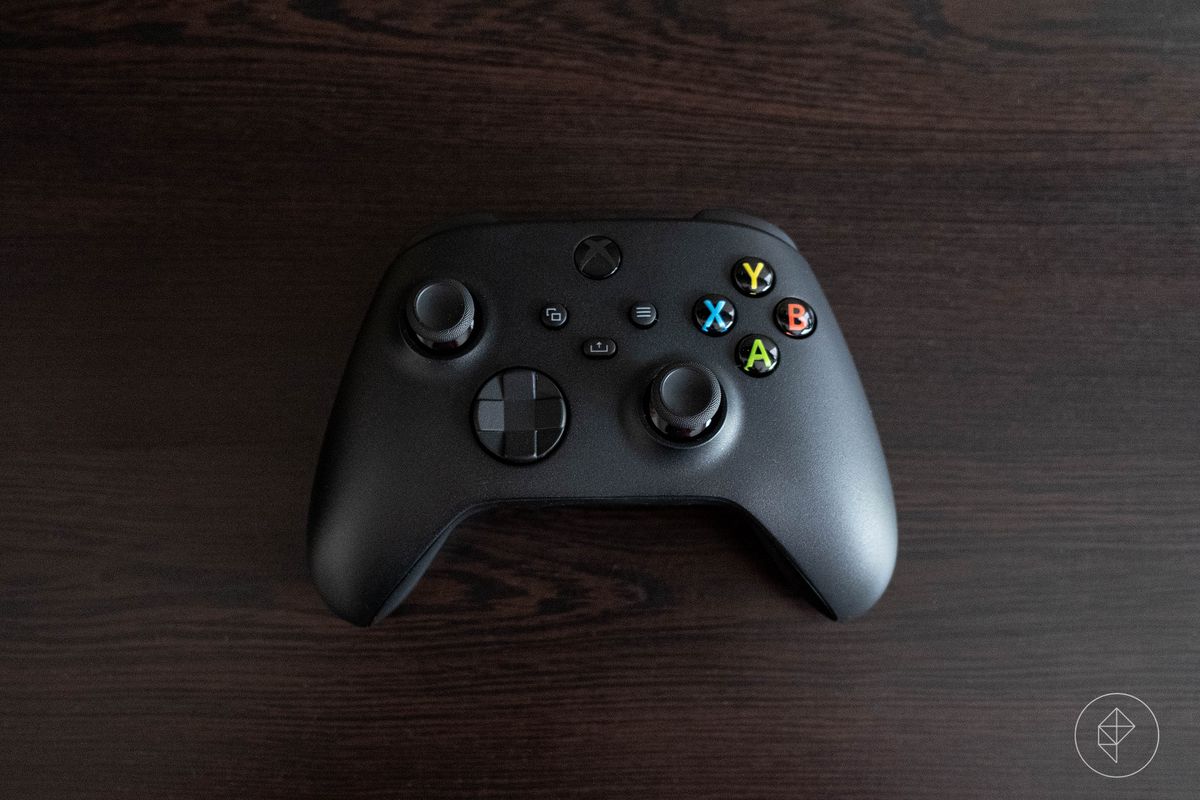 It was easy to take a screen capture on the Xbox One at first. I’d speak the request and Microsoft’s Kinect would handle the rest. But a couple of years into the console’s lifecycle, Kinect faded from popular usage and went into my closet. To take a screenshot, I then needed to tap the Xbox logo on my controller, often pausing the game and spoiling whatever tableau I hoped to capture. The process added enough friction and frustration that I stopped taking screenshots on my Xbox altogether.

This fall, the Xbox Series X will debut with a controller similar to the Xbox One controller, except it adds one button with a single purpose: capturing screenshots and videos. The chiclet-sized button lives comfortably at the center of the controller, in between the start and select buttons. It finally gives Xbox players a feature that has been on every PlayStation 4 and Nintendo Switch controller for the past seven years.

Describing this silly button, it sounds like such a small thing, and yet while testing the Series X, I’ve realized how much the “small things” have decided where I’ve played video games for the past decade. For example, I don’t play shooters on Switch because I dislike the joysticks, and I avoid racing games on PS4 because I dislike its mushy shoulder and trigger buttons. For years, I’ve dreaded firmware updates on Sony consoles, navigating the baffling menus on Microsoft systems, and connecting to online games on Nintendo devices.


Big exclusives attract me to different video game platforms, but it’s the little things (and the lack thereof) that push me to try other options.

This is why the Xbox One lacking an easy way to take screenshots had an unreasonable impact on whether I bought a game on PS4 or Xbox One. I take screenshots through games as if they’re visual diary entries. A game’s gallery reminds me of my favorite moments, little visual details, funny bugs, and hard-earned accomplishments. Plus, they’re shareable. Which is good for bragging about my successes or, more often than not, laughing at my failures. 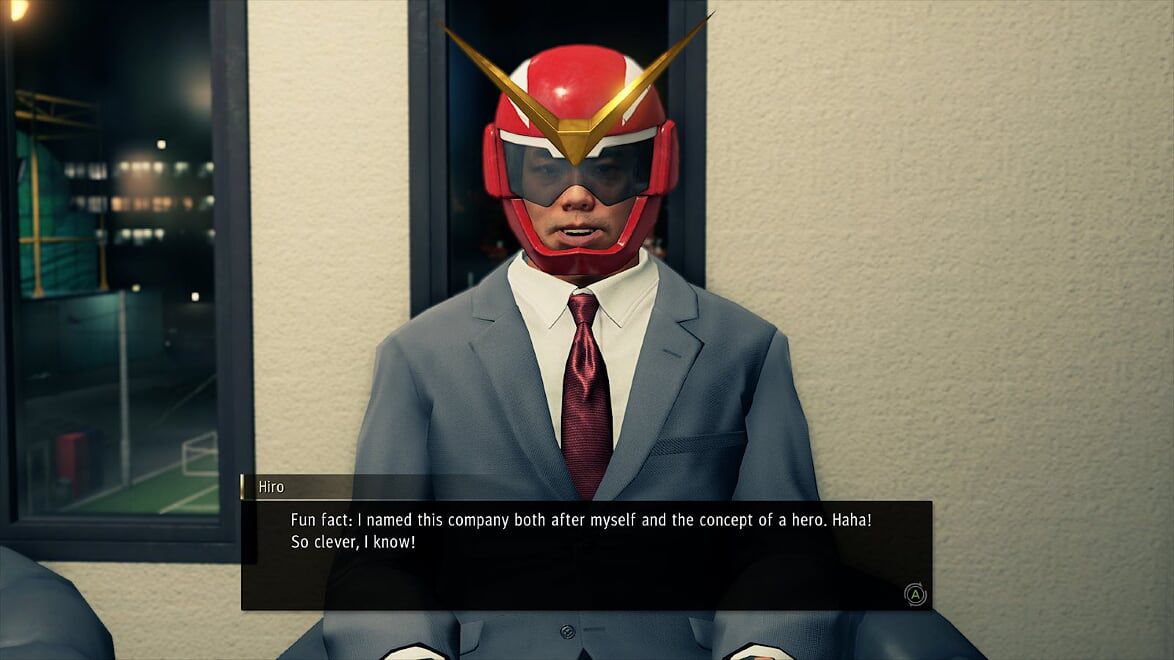 Image: Ryu Ga Gotoku Studio/Sega via Polygon
Video games aren’t static like film. They’re impermanent. We can’t perfectly recreate any single playthrough, nor will anybody have the same experience with navigating a virtual world. Screenshots and video clips can bottle some of that magic for future appreciation. That’s why a button that snaps a photo warrants precious real estate on every controller.

Now Microsoft just needs to improve the actual picture-taking experience. In the current build, the Xbox Series X provides no visual or audio cue that a screenshot has been captured. It’s like using a camera without hearing the clap of the shutter or the turn of the film. Or, for digital cameras, the beep confirming that, yes, you did take a photo. On PS4 and Switch, we see the little snapshots appear on the screen. I’m not so sure we need anything that obtrusive, but some response from the console would be nice.

But hey, I suppose that’s the easy part. The hard part — getting this dang button on the controller — is complete. Now I have one less reason to part ways from my Xbox, and roughly 300 screenshots of Yakuza: Like a Dragon on my hard drive.

It seems like the Series X (and S) will continue having a 1080p UI only, similar to XBX.

So far in like for like tests, Series X is quieter and cooler than One X, which was already a very well designed console. And they didn't have to engineer a chonky boy to achieve this.

Chandoo said:
It seems like the Series X (and S) will continue having a 1080p UI only, similar to XBX.
Click to expand...

lmao what a piece of junk of a console.

Phil Spencer expects Series S to be the bigger selling Xbox in the long run and that some games will load faster on the smaller S compared to their flagship console.

First, let’s talk about the S and the X and the fact that Spencer expects the far less hyped Series S to be the bigger long-term hit.
Click to expand...

At launch, Spencer expects the X to be the hotter seller, driven by the kinds of early adopters who snatch new consoles. Though he also noted that demand for the new Xboxes and the other new November console, the PlayStation 5, will cause everything to fly off store shelves in the early going.
Click to expand...

And here’s a surprise: Spencer says some games load faster on his S than his X because they’re loading lower-res graphics.
Click to expand...

And the Series S cut-backs have already begun. DMC V Special Edition will not have RT on Series S, it will only have it on PS5 and Series X.

Chandoo said:
And the Series S cut-backs have already begun. DMC V Special Edition will not have RT on Series S, it will only have it on PS5 and Series X.
Click to expand...

Major Aly: @CerebralTiger I see you like Pinky the PC 😛 3 minutes ago
Chat 2
Top Bottom