You can slay while you play 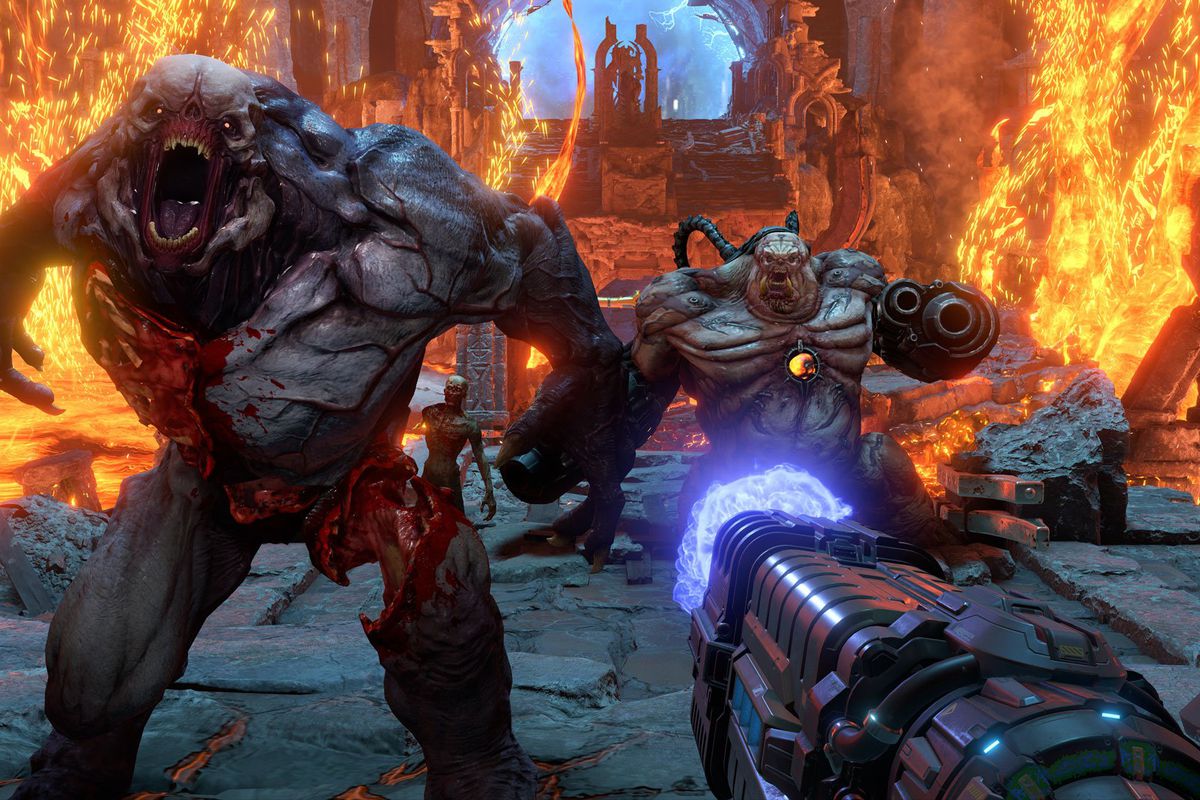 Doom Eternal is heading to Xbox Game Pass, which makes a very good shooter available for a fairly low fee. Microsoft made the announcement on its official blog Thursday. Doom Eternal will be included in the subscription for consoles starting Oct. 1, and additionally become available on Game Pass for PC before the end of 2020.

A follow-up to the 2016 relaunch of Doom, Doom Eternal brings back the Slayer with all of his heavy armor and powerful weapons. Players have to start killing demons again, which is what the Slayer does best, and the campaign goes to Earth, Mars, and Hell in the pursuit of finding demons and then — you guessed it — slaying them.

Doom Eternal also has a multiplayer component, which sets up an asymmetrical match between various powerful miniboss demons and a Slayer. A DLC pack for the campaign, The Ancient Gods, is en route, which will expand the single-player experience.


Microsoft recently acquired the publisher of Doom Eternal, Bethesda Softworks, in a massive $7.5 billion deal. Microsoft acquired the Doom franchise with its purchase of ZeniMax Media, as well as Fallout, The Elder Scrolls, Wolfenstein, Dishonored, Prey, and several more properties.


Funimation Premium Plus is the latest Game Pass Ultimate Perk

Funimation Premium Plus gives anime fans access to Funimation’s entire streaming library, including English dubs and simulcast shows. At the moment, the service offers series like Naruto, Black Clover, and My Hero Academia that Premium Plus members can stream ad-free. The Game Pass Ultimate offer includes 60 free days of a Premium Plus subscription, but it is available only to new Funimation subscribers.


The free offer comes by way of Game Pass Ultimate Perks, which give players bonuses on top of the games they already get from the program. The perks include promotions like a few months of Discord Nitro for free, as well as some in-game bonuses, like free DLC or special armor and cosmetics.
Unfortunately, it seems that this perk can only be redeemed from an Xbox One console or the Xbox mobile app. PC subscribers can normally get Game Pass Ultimate perks through the official Windows 10 Xbox app, but as of this writing, the Funimation offer isn’t available in the PC app. The promotion is available from Sept. 25 until Oct. 24.

Coming soon to a Game Pass near you.

Grim Fandango, Day of the Tentacle, Full Throttle remasters coming to Xbox One this month


Arriving in time for Halloween via Xbox Game Pass

All three titles will also be released the same day, Oct. 29, as stand-alone games on Xbox One for $14.99 each. This will mark the debut of these three remasters on Xbox One; they were initially released as PlayStation exclusives on PlayStation 4 and PlayStation Vita, with versions also available on iOS, Linux, Mac, and PC. Schafer, who himself was one of the lead developers on all three of the original games at LucasArts, announced in May that the remasters were on their way to Xbox One. Microsoft announced at E3 2019 that it had acquired Double Fine.


Grim Fandango Remastered received its brush-up in 2015, with Day of the Tentacle Remastered a year after that, and Full Throttle Remastered following in 2017. The original games were published during the 1990s, and the faithful remasters brought the adventures of Bernard Bernoulli, Manny Calavera, and Ben the Biker Gang Leader to a new generation of players. Now Game Pass customers will be able to dig into some classic adventure game action without shelling out an extra buck.


The tactical shooter will join Xbox Game Pass on Oct. 22

Rainbow Six Siege is a widely popular multiplayer tactical shooter, involving dozens of unique characters to play as. The game is more slow-paced and involves using destructible environments to help shape your win.


The game usually retails for around $20, so now is a great time to try the game out if you’ve never gotten a chance to play before.

EA Play games recently were added to the Xbox Game Pass Ultimate library, and big titles like Tales of Vesperia and Age of Empires 3 continue to get added to the pass.

Xbox Game Pass Ultimate gives players access to both the PC and Console Game Pass games, as well as the xCloud streaming service for $14.99 a month. New subscribers will get their first month for $1. The Xbox-only version of the Game Pass costs $9.99 a month, while the PC only version costs $4.99 a month.

A bunch of new games will be added to Xbox Game Pass toward the end of October and in early November, Microsoft announced on Monday. These additions are on top of Double Fine Productions’ three remastered LucasArts adventure games — Grim Fandango, Day of the Tentacle, and Full Throttle — that were announced for Xbox Game Pass earlier in October.

Here’s the lineup, straight from Microsoft:

For those with Xbox Game Pass Ultimate, you’ll get a batch of in-game perks and bundles for PlayerUnknown’s Battlegrounds, Dead by Daylight, and Warframe, all starting on Oct. 29.