I bought a used Blackwidow Chroma v2, like 3 months ago from a guy i found here, i wont name the person because he was very nice to me, and this issue is not caused by him in any way. the keyboard worked completely fine other than a LED light [M3 Button] failing to produce dark colors which I was okay with, and the seller already had informed me about it.

And he also told me about the main wire of the keyboard allegedly got chewed by something in his house. (Sums up Pakistani PC Gamers lol) Anyways. so he had to get that repaired. so the USB connector on the keyboard was some cheap USB alternative. it still powers the keyboard up, it gets registered in synapse 3 and all.

So that was the backstory. now the issue I am facing right now.

I remember playing SWTOR the other night and I remember closing my system so that I can go to sleep. Then I wake up the next day I start playing the game and I suddenly notice that some of the lights in my Numpad are blinking after some time for a split second. I kinda ignored it and then it got a little worse and more noticing.

I ignored thinking its just my eye doing crazy stuff.

Then I noticed that my keyboard just froze, and ghosted on me. luckily I had a chroma profile with reactive enabled. and I saw that some of the Numpad keys are automatically being pressed. even though I'm not touching them.

The red keys were being pressed automatically, (the greens are just the replacement for arrow keys) they aren't macros if you are thinking that I've got some macros resulting in that. 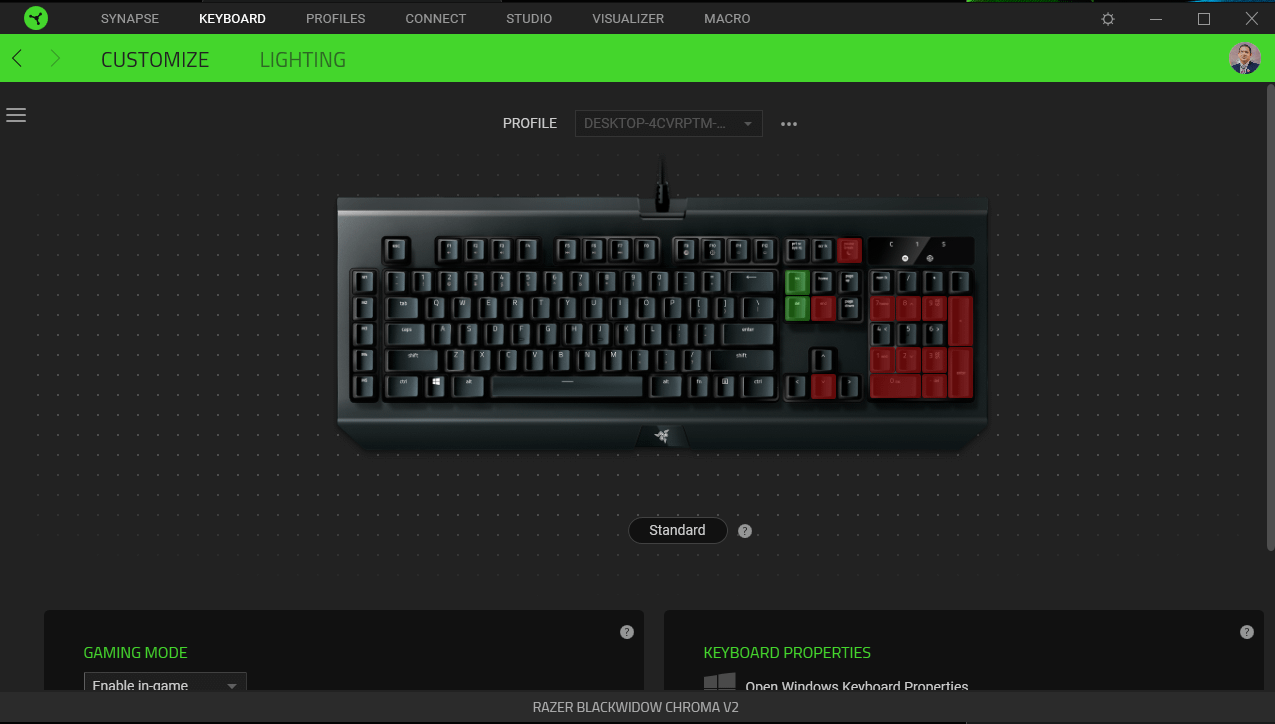 TLDR
What I haven't tried.