JANARIOO said:
these scores don't mean a thing if the game is just another console port.. optimized badly for the pc gamers.

Of course, Benching and real world gaming are affecting conversely. Benchmarks usually tells the overall numbers of a component as a score, so we can compare which is product is faster against whom. On the other hand, real world gaming performance has totally different scenario, there are different factors affecting the performance such as you mentioned "The bad port" which is developers error. For other issues, it mostly depends on whole system. Take an example of Valley benchmark, when you overclock a GPU to a level it can easily passes the test but when you try same clocks while gaming such overclocking might crashes, hence a failed overclocking cuz the gaming takes the load of whole system and not just GPU so either factor could imbalance the equation.

What Valley do is to give you a number allows you to compare with another GPU, synthetically. Similarly, What furmark produces on thermal is gaming would never. Synthetic benchmarks demonstrate which is better considering the whole system ( In 3DMARK case). Beside 3DMARK and Valley, Reviewer also test many games on GPU while they are reviewing a Graphics Card. So in short, These synthetic benchmarks and numbers are just for estimating GPU worth not the actual performance and worth. Two 1070, will perform differently. Same goes to CPU.

we are up again. Let show some sugar.

time to rock this place once again eh bros

I'm thinking to post another score using my Intel Core i7 8700K with the same GPU. Is it allowed? (2 Builds but 1 GPU due to high prices )


I'm thinking to post another score using my Intel Core i7 8700K with the same GPU. Is it allowed? (2 Builds but 1 GPU due to high prices )
Click to expand...

You may use imgbb.com for image hosting. For link, copy BBcode Full here. 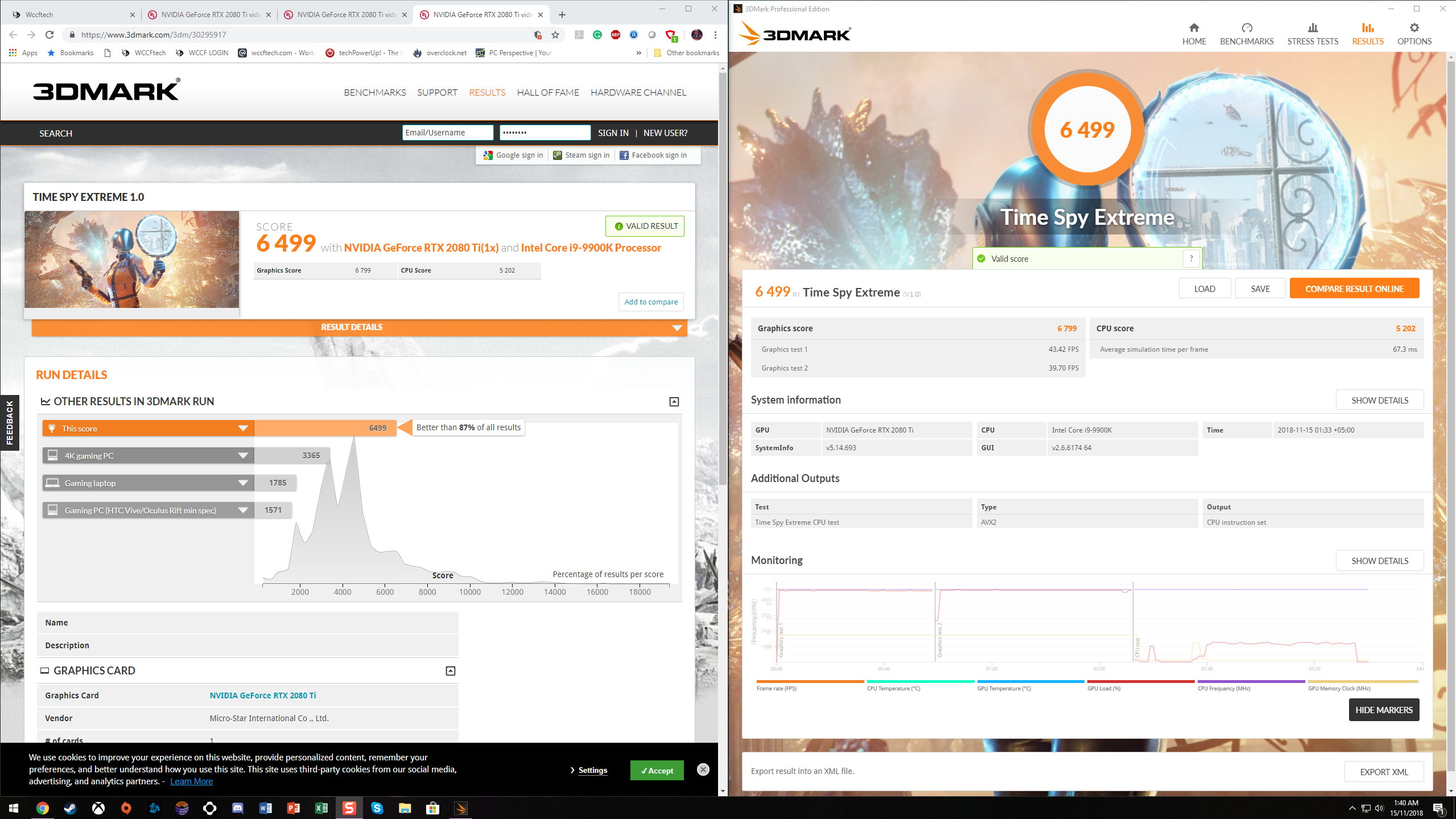 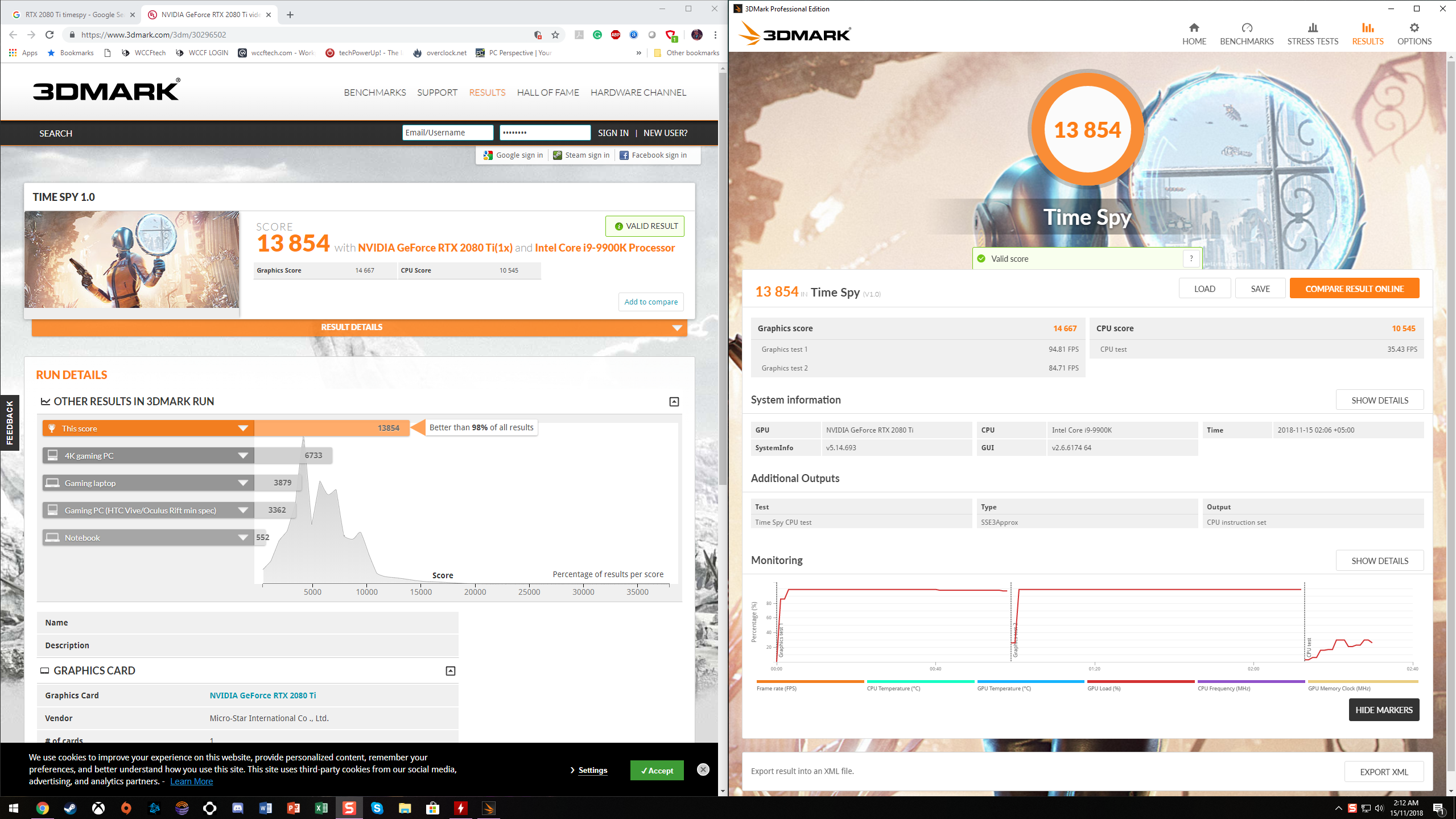 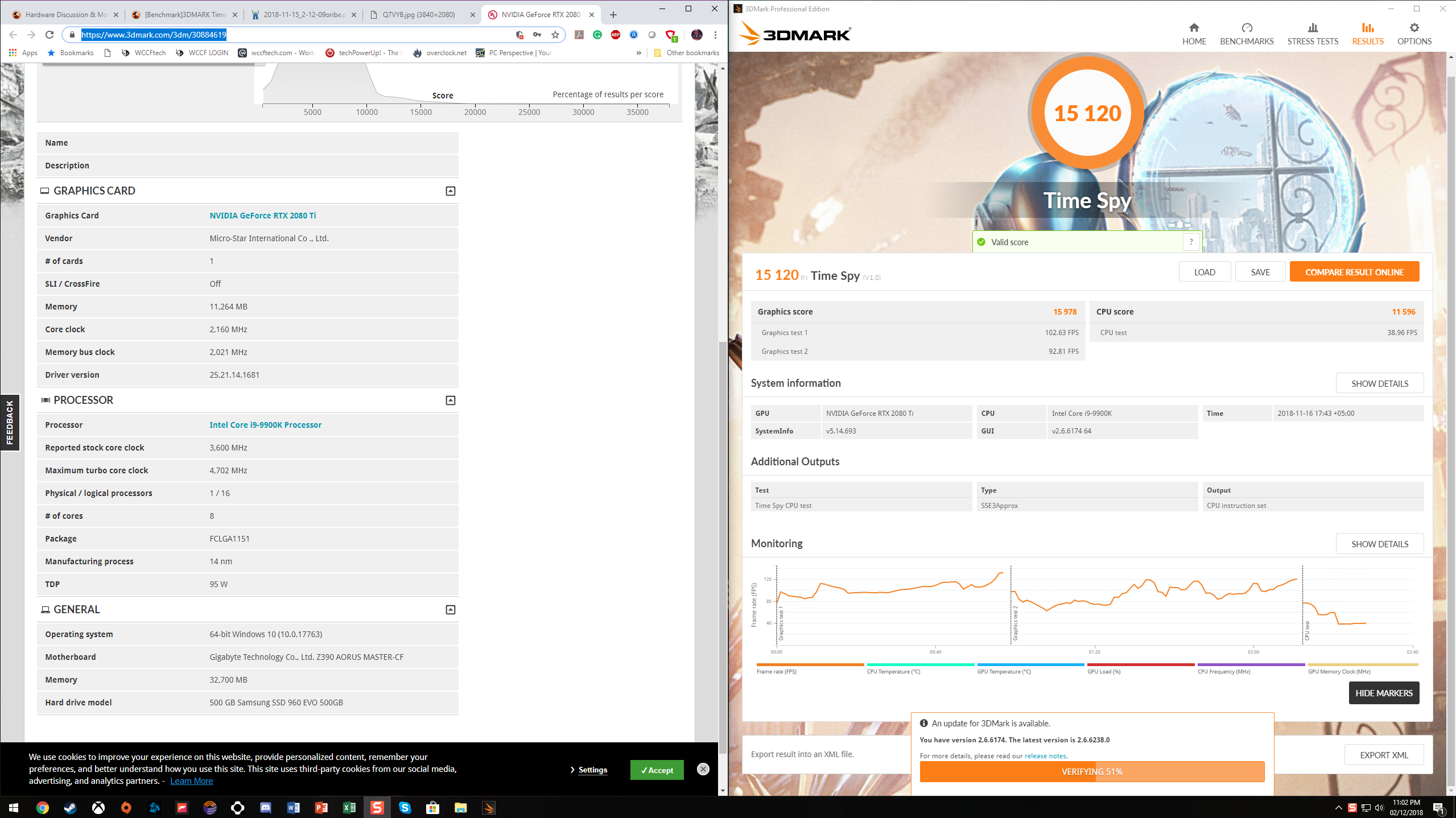 Guess if I overclock this 2080 Ti monster then it'll break all the records here
3DMARK TIMESPY
https://www.3dmark.com/spy/5869779

Guess if I overclock this 2080 Ti monster then it'll break all the records here
3DMARK TIMESPY
https://www.3dmark.com/spy/5869779

not so fast bro....incoming after 6,7years of slumber 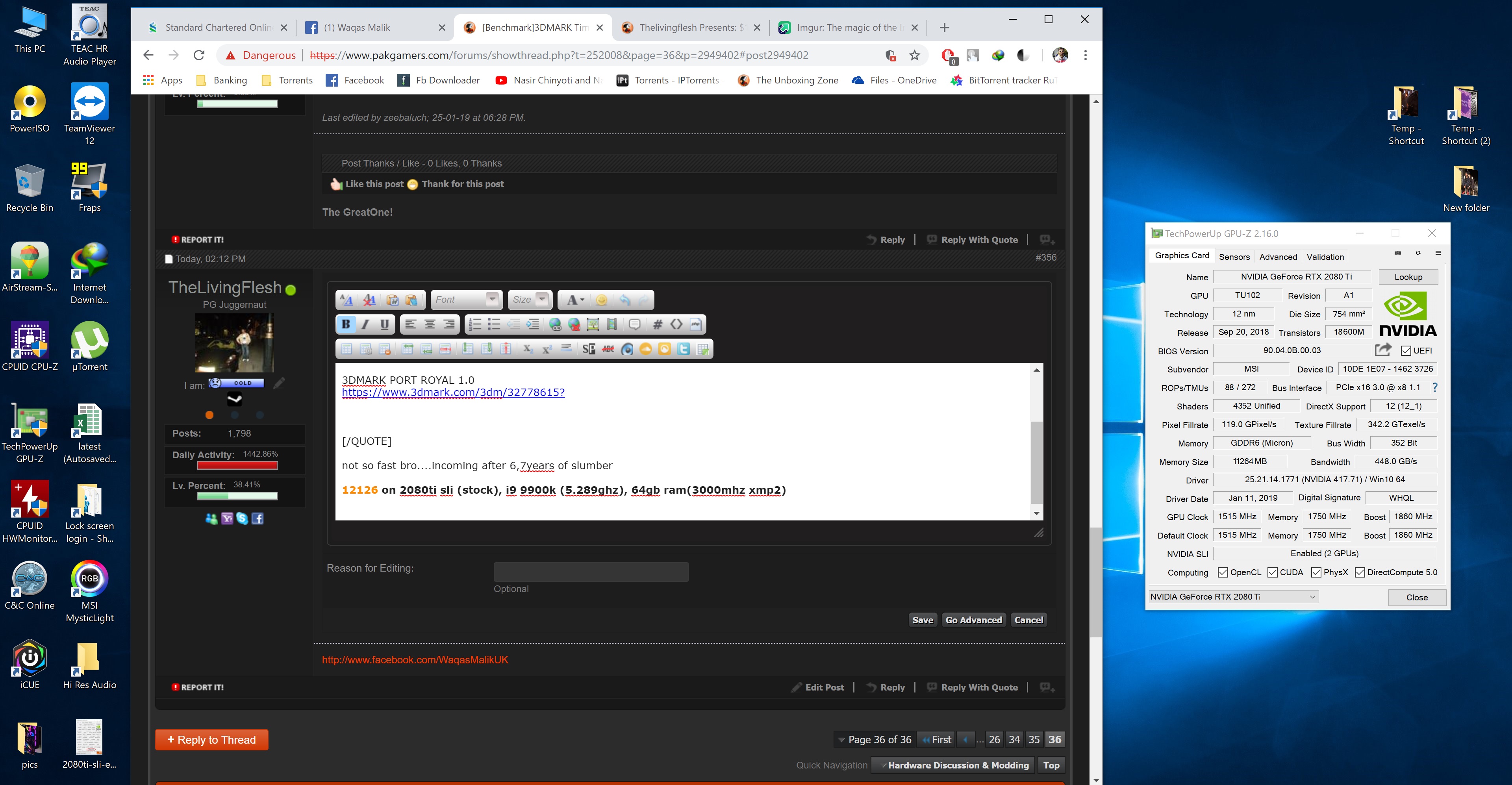 Welcome back
I don't see the screenshot in your post.

Great score dear. You got the monster card there.

Welcome back
I don't see the screenshot in your post.

Great score dear. You got the monster card there.
Click to expand...

let me upload it again! for some reason its being deleted! i also posted it in the unboxing but it got deleted like 15times. so i just posted the link. silghtly overclocked after boosted freq all cores at 5.289, both 2080ti are at stock
the screenshot is somewhere in the unboxing thread or album
Last edited: Jan 29, 2019