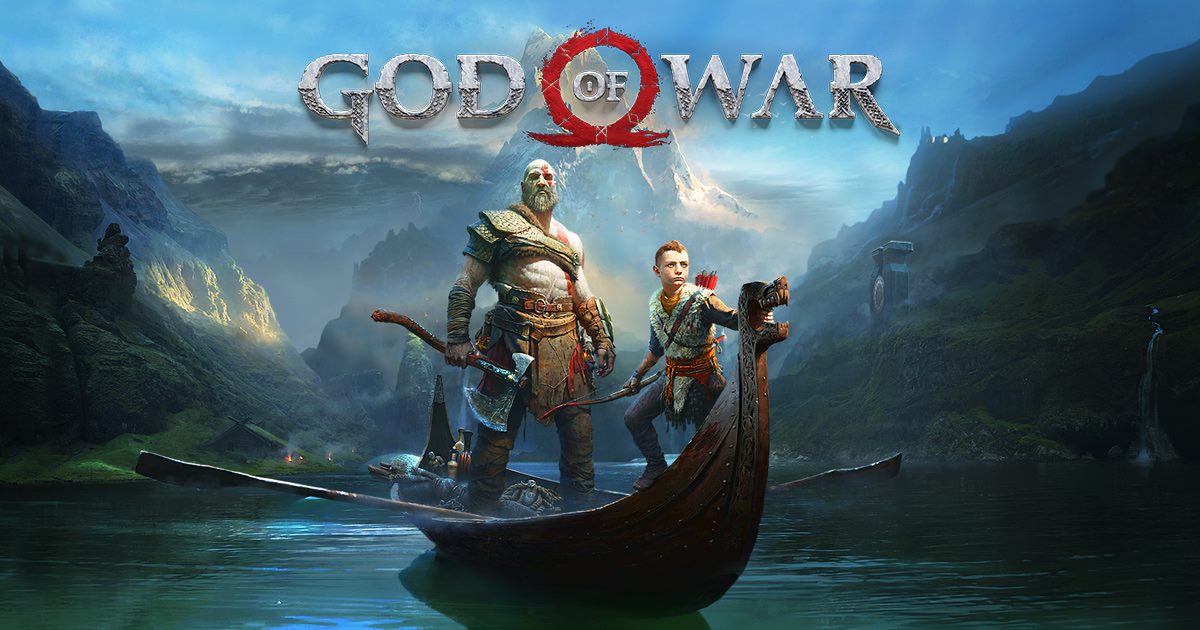 Why is God of War a unique game?

My initial title for this review was “Why God of War isn’t a great game”, partly because I was mildly irritated by the fact that I didn’t think it was a great game. It was a good game, for sure! But not great, however, nearly all review sites disagreed with my assessment. So, thinking that I may have perhaps, misjudged the game, I went on another playthrough, only to reach the same conclusion, in a stronger way than I felt before.

However, after some months, now that I think about it, I believe that God of war is, in fact, a great game in many ways and yet there are things that still make me think that it’s sort of a mixed bag and that is where my title springs from that it is a unique game.

So here it goes:

Story:
It is perhaps the strongest element of this new 2018 iteration of a long-running franchise. Having played every game in the God of war canon, I can vouch for bland storylines each game had since the original God of war first released on the PS2.

Gone are the days when Kratos was the angry young man, hellbent on vengeance – the livid, raging, and arrogant playboy who only liked beheading gods and satisfying sultry maidens. This Kratos is different; not only is he more tempered with age but is also a family man, with a dear departed wife and an only child to take care of, Kratos is a man who fears as a parent.

This game’s story is set up in a very mature way and is an eerie reminder of the strong bond between an adult and child – Naughty Dog’s “The last of us” – comes to mind. Kratos is not on a warpath, in fact, is almost a pacifist in the initial hours of the game, trying to avoid conflict as much as he can because of his son Atreus/Loki (whom I will call Loki from here on onwards in this review). And this is a quantum leap of character-switching within the God of war canon. And the father-son journey is a delight to watch. Parenting is a big theme in this game and it excels in showing complicated parenthood dynamics. This is, in fact, the core of the entire story: Kratos and his son Loki, Freya and her son Baldur, Odin and his two sons Thor and Baldur, Baldur and his two son’s Modi and Magni, and Loki’s mother from across the grave, are all parent-child relationships that the game revolves around. The children, often, are trying to win their parents favour and the parents are trying to control their childrens’ fates and being terrible at it. This, in many ways, is reflective of real-life relationships, indeed.

The characters in this game are we developed and unforgettable – featuring crisp and witty dialogue with clever punch lines except for one (the main antagonist); I believe, this new direction of a story-driven game is perhaps GOW’s best element, even if it is a beaten path.

Gameplay:
Focusing on story and character rather than endless hordes of enemies is a new direction for the God of war series. Therefore, it comes as no surprise that God of war feels often feels like a role-playing game, and while that is good in itself own right, it has come at a cost of gameplay. The beautiful, Norse world is devoid of hulking bosses that were a staple of the previous games. Instead, we are introduced to enemies that have difficulty levels and even where there is a general lack of epic boss fights, the game throws a healthy challenge towards the player. More on that later.

In addition to bosses being omitted, Kratos can’t also jump, a decision that was taken by the game director for a better play experience. I can’t say I wholeheartedly disagree but given that this world is not truly open world and most of the areas can’t be explored, it seems rather a redundant decision to me, since the player wasn’t going to explore much in the first place on their own. In many ways, I also found the game to be reminiscent of Tomb Raider style exploration. This is in fact still quite a linear game in many ways, the game world is not true open world and more like certain levels stacked on top of each other that can visit, one at a time. 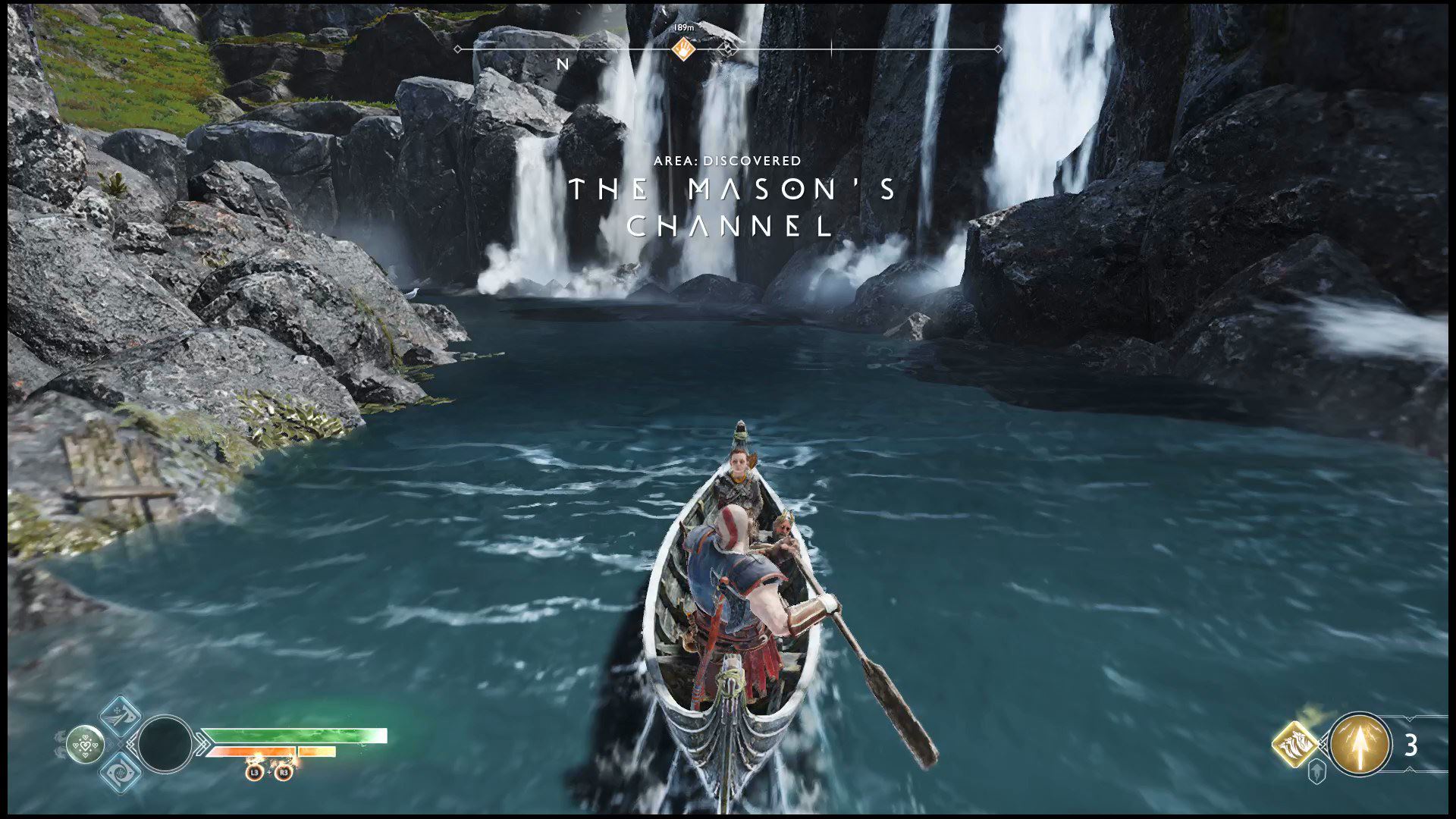 The game UI is slick if a little too colourful; but very much on point, nonetheless. The camera angles are great. This is what a true technical polished game looks like. There is nothing in the world which is bland, visually or graphically. The world while inaccessible for the most part is gorgeous and stunning, you have to play it to see it for yourself; With attention given to the smallest of details that add an extra charm to the gameplay, it is astounding. I didn’t observe any visual glitches or bugs at all, although there were some, it still is a vastly superior experience, then say – cough…cough- playing Farcry 5. Characters like the world serpent, Mimir and the Dwarf brother, Brok and Sindri, have excellent voice- acting and dialogue.

Combat:
Kratos’ new signature weapon (later the blades as well) is the axe and it is a joy to use. I have not seen such a good implementation of an axe in any game, ever. So, hats off to the Santa Monica team to devise a weapon that has both close and far range of damage and can be upgraded. That with the elemental bonuses can create a whole lot of interesting ways to fight. Even then, I believe that the omitting the series’ staple boss fights is still a mistake, that was and still should be an excellent combat feature this game should not have lost. Don’t get me wrong, the game still has a ton of enemies that end up being a punching bag for you, along with a good arsenal of mini-bosses to throw in your face, some of whom are truly interesting and quite menacing. I, of course, refer to, Trolls, and Valkyries – two personal favourites of mine; The action animations are breathtaking, the combat is still slick, however, except for the Valkyries, the fighting turns out to be dull. This brings me to the eight Valkyries: they are the true enemies in this game as far as difficulty is concerned and there is a good chance that unless you are playing on easy, most of them will turn you into pulp the first few times around, and even on easy difficulty the final Valkyrie can rip you to pieces before you can spell its name. Defeating them is highly rewarding though and you get quite a handful of goodies to upgrade your armour and weapons. Having said that, they are in my opinion the only saving grace of this game as far as fighting is concerned. The fighting is overall a standard affair. I know many may disagree but when you set the bar so high up like this game has with the rest of its elements, this becomes inevitable.

And this brings us to the final Boss fight: Baldur. The most uninteresting Boss in the entire game. It is, in the end, a glorious fist fight and while it is staged quite emotionally and dramatically we are, after all, playing a game, not watching a movie. I mean I feel his pain, I empathise with his plight, I mean at heart he is just an angry young man – which draws a parallel to Kratos – but he is just angry at his mother and tries to kill her, as Kratos did kill his father Zeus as well – and Loki almost did kill Kratos. Again parenting, parenting!

Also, the game’s pace is overall very slow, with long cinematics showing more dialogue than actual gameplay and combat. And I understand this because that is what good story driven games usually do. I don’t blame the devs for narrating a beautiful story but there is no such thing as a perfect game. A decision can have benefits and some drawbacks – unfortunately, an emphasis on good storytelling could be an obstacle to gameplay and combat and God of war, in my opinion, suffers as a result of it.

And even when the game tries to incorporate RPG like elements they are not put to good use. One good example of this is that despite, weapon upgrades and perks, and even two main weapons to choose from, there are not many ways to approach a fight with a Troll or a Valkyrie. The Enemy AI is quite smart and they spot you from a mile away. There is no stealth approach, only a head-on, kill everyone in sight kind of approach which directly flies in the face of the RPG elements which I find to be underused in this game – a waste of great potential, in my opinion.

Overall verdict:
I like God of war, I think it’s a good game on many levels, a great game as far as the story, and the technical development of the game is concerned. It’s a shining example of what games can do with interesting themes, motifs and characters; what good writing can achieve and how relationships and parenting conundrums can be handled within the storytelling without being judgmental or paternalizing. And I believe many game developers can learn a few things from games such as God of War.

However, what stops me from marking this as an overall great game, are a few things:
1. Lack of open world and exploration
2. Lack of boss fights – repetitive and lack of creative Combat
3. Disappointing main antagonist and final Boss
4. Replay value

In a world where we have games like, The Witcher 3, Zelda – Breath of the Wild, GTA V, Assassins Creed Origins, and Horizon Zero Dawn, which boast exploration and a variety of fighting mechanics, this game could have done much more. The devs still have a very tight control of the narrative and the player, and I don’t think this should be an excuse anymore. The same is with the Boss fights. I agree that there is a lot that the series needed to change, but I’d rather keep the good ideas and mechanics from the previous games then to throw all of those out. The linearity of the gameplay also discourages replaying this game, which is a shame because in many ways it just an astounding game.